One of the kings of the East Coast, Brooklyn-born Brucie held down the primetime slot at WABC in NYC. He was adept at blending a variety of genres – including Motown, pop, hard rock, surf music, and novelty records –  and his notoriety led him to film roles in 1978’s Sgt. Pepper’s Lonely Hearts Club Band and Dirty Dancing (1987). He also had a guest appearance in the 1990s science fiction television series Babylon 5,

Hull began his radio career in Armed Forces Radio and in commercial radio at KGFL in Roswell, New Mexico. By 1963 he was at KRLA in Los Angeles. Hull’s increasing popularity prompted one young female fan to write and record a song in 1964 entitled Dave Hull The Hullabalooer, which reached the local top 40 charts by early 1965.

Hull became close with The Beatles during their 1965 and 1966 American tours, recording approximately fourteen interviews with the band.

In his heyday, Hull opened a nightclub (The Hullabaloo) on Sunset Blvd. in Hollywood.

This loud, knock-knock-joke-telling Chicago DJ was the first American to play The Beatles, which he did in February 1963. He later relocated to Los Angeles and introduce the Fab Four at their Hollywood Bowl gig. 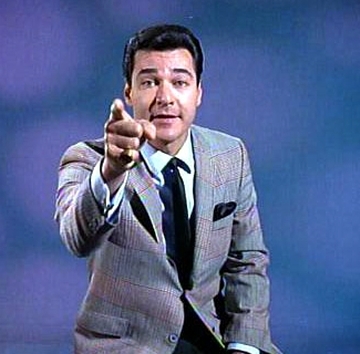 Hyman Aaron Lit was based in the Philadelphia area from the 1950s until 2005. In his 50-year career, he broadcast for WIBG, WDAS/WDAS-FM, WKBS-TV, WIFI, WSNI/WPGR, KPOL, WKXW, among many others.

His Hall of Fame show on WIBG dominated the Philadelphia/New Jersey area with a whopping 71% market share.

Holliday was the king of the Bay Area scene. While at Top 40 giant KYA in 1965, he was named America’s number one disc jockey.

He also introduced a Beatles gig, their final concert at Candlestick Park in San Francisco and worked as the announcer on the NBC music show Hullabaloo.

Holliday eventually moved into sports broadcasting and became the voice of the University of Maryland.

Murray Kaufman was the top-rated radio New York City disc jockey in the mid-1960s and an influential rock and roll impresario. Beginning in 1960, Kaufman’s rock ‘n’ roll shows at the Brooklyn Paramount Theater, Manhattan’s Academy of Music Theater on 14th Street and the Brooklyn Fox Theater provided an inter-racial environment where the performers and audiences both thrived.

The shows continued throughout the most explosive periods of civil rights unrest in the mid-’60s, culminating in Kaufman’s final show at the Brooklyn Fox Theater with a line-up that included The Who and Cream in their American debuts. 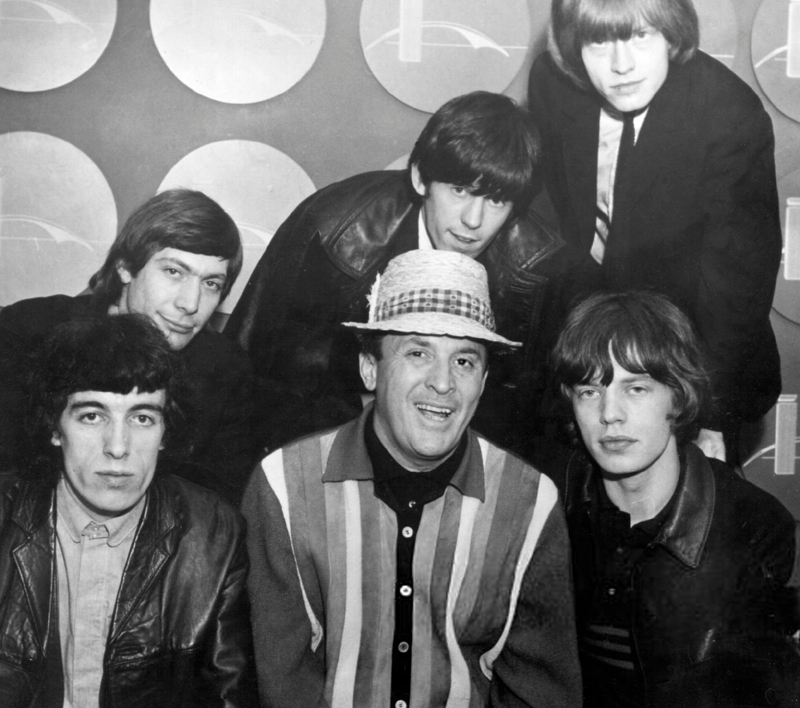 During the early days of Beatlemania, he frequently referred to himself “as the fifth Beatle”. Murray the K made radio history with his innovative segues, jingles, sound effects, antics, and frenetic, creative programming.

Kaufman died of cancer a week after his 60th birthday on 21 February 1982.

Morgan lead the team of “Boss Jocks” at KHJ-AM in LA and would kick off each broadcast with a cry of, “Good morning, Boss Angeles!” He won the Billboard award for ‘Air Personality of the Year’ in 1967, and two years later co-produced and narrated and co-produced the first-ever rock & roll documentary, History of Rock and Roll.

In December 1963, Jack Spector earned the distinction of being the first New York City DJ to play The Beatles‘ single I Want to Hold Your Hand. The WMCA Good Guys subsequently enjoyed a close relationship with the Fab Four during their US tour.

The Good Guys had the same clean-cut hairstyles, wore matching suits and worked together at record hops and personal appearances. They also sang as a group and released an album. 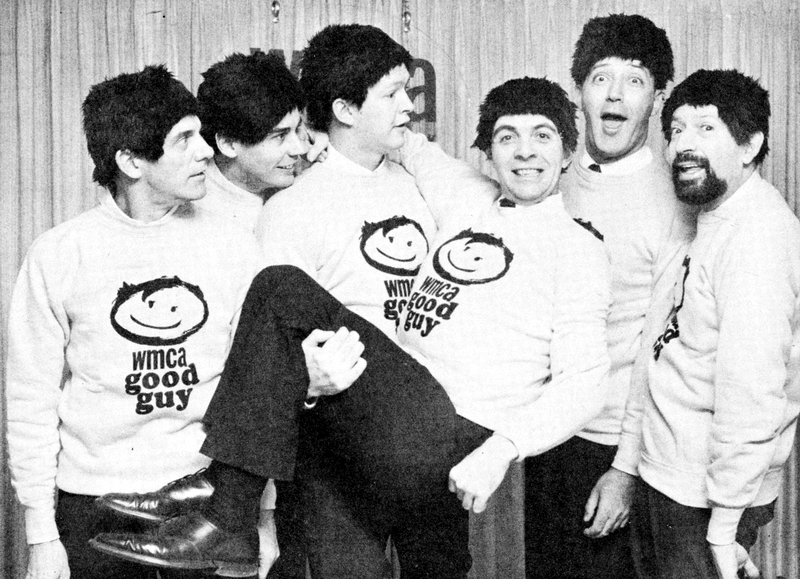 The station’s yellow “Good Guys” sweatshirts became much sought-after, and many British Invasion groups were photographed wearing them.

Robert Weston Smith created such an out-of-this-world persona in Wolfman Jack that he was practically a superhero of rock & roll. Read our main Wolfman Jack article here.