Home Artists - A to K Artists - I Ian ‘Molly’ Meldrum 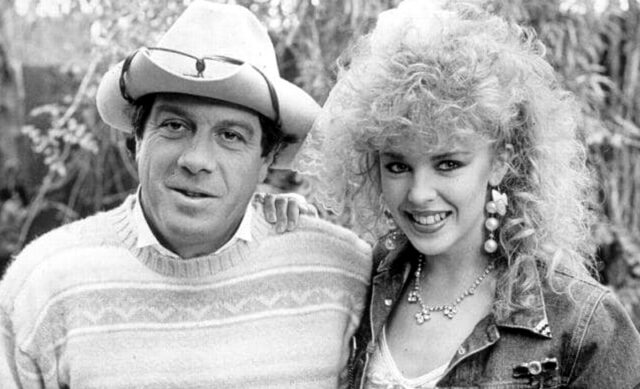 Ian Meldrum was born on a ship outside the port of Aden, South Yemen.

During 1966 and 1967, Meldrum worked as a mimer on the Australian television programme Kommotion. He then worked as a journalist for Aussie rock magazine Go-Set.

It was Melbourne radio announcer Stan Rofe who coined Ian Meldrum’s nickname of ‘Molly’ in 1970.

Molly Meldrum hosted a children’s television show on the Seven Network called Do It (later changed to Anything Can Happen) in 1973. The program’s main claim to fame was that it featured Skyhooks‘ debut television appearance, in 1974.

Molly was associated with Australia’s premier TV music show Countdown right from its inception in October 1974 until it was finally axed in July 1987.

Initially, he worked behind-the-scenes as talent coordinator, first appearing on camera in June 1975 with his Humdrum report. Molly was elected King Of Moomba for Melbourne’s 1985 Moomba Festival.

On 15 December 2011, Meldrum was taken to hospital in a critical condition after being found unconscious in the backyard of his home. He is believed to have fallen off a ladder from a height of around three metres. He was placed under intensive care in a sedated state and had surgery for his head injuries.

On 19 January Meldrum was taken out of hospital and moved into a rehabilitation centre.

Pink Floyd (named after two obscure American bluesmen, Pink Anderson and Floyd Council) formed in Cambridge in 1964 as a six-piece group of Syd...

Edward Louis Severson III was born in Evanston, a northern suburb of Chicago, on 23 December 1966. The eldest of four stepbrothers, it was...

Lonnie Donegan rose to international fame as one of the founding fathers of a new wave of music called Skiffle that swept the world during the...