Larry Parnes (born Laurence Maurice Palmer) was the most successful British rock manager of the 50s and early 60s. 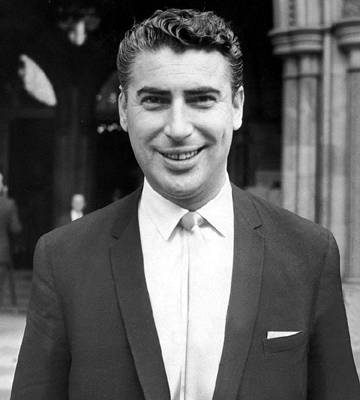 Known as Larry “Parnes, Shillings and Pence” he organised rock tours and talent contests and had a habit of finding artists – to whom he inevitably gave strange names.

This practice led to the artists being known as the ‘Parnes stable of stars’, among them Tommy Steele, Marty Wilde, Dickie Pride, Billy Fury, Duffy Power, Georgie Fame and Vince Eager. Most of the Parnes stable eventually fell by the wayside.

At the end of the 1950s, Parnes launched Elempi Records as a haven for young talent, although the short-lived label produced nothing of note.

Having dropped out of the University of Massachusetts while on a college exchange program, Frank Black (real name Charles Michael Kitteridge Thompson IV) teamed...

There were a number of American vocal groups called The Reflections but the best known were a blue-eyed soul/doo-wop group from Detroit, Michigan. They had...

Formed in Dagenham, Essex, in 1959 by vocalist and Buddy Holly look-alike Brian Poole, The Tremeloes spent at least seven years as a backing band. Initially, they...

Formed in Bradford, England in 1982 as Southern Death Cult with Ian Astbury (then calling himself Ian Lindsay) performing vocal duties. Having spent time in...