Immortalised by fashion iconography as the originator of the mini skirt, London designer Mary Quant was born on 11 February 1934 in Kent.

Born to Welsh parents, Quant studied illustration at Goldsmiths College before taking a job with a couture milliner. She began designing and manufacturing her own clothes in the late 1950s.

Quant had one distinct advantage over previous designers in that she was a contemporary of her clients, rather than of an older generation.

Convinced that fashion needed to be affordable to be accessible to the young, she opened her own retail boutique, Bazaar, on the Kings Road in 1955 (with her husband Alexander Greene and accountant Archie McNair), introducing the ‘mod’ era and the ‘Chelsea Look.’

Quant liberated women from the tyranny of the long skirt and cardigan with a series of fresh, innovative designs, introducing both the mini skirt and tights (which replaced stockings and suspender belts).

Following on the success of the first Chelsea store, a second Bazaar opened in Knightsbridge in 1961. 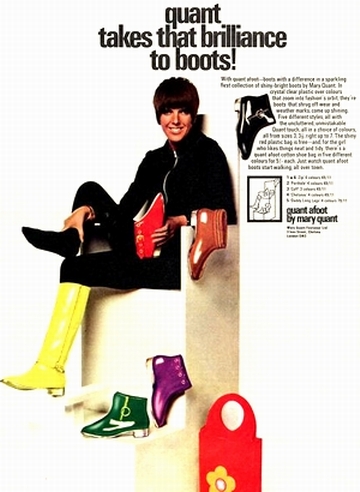 By 1963 Mary was exporting to the USA, going into mass-production to keep up with the demand, and the Mary Quant worldwide brand was born.

In 1965, Quant was described as the “major fashion force in the world outside Paris”, and in June 1966 she was awarded an OBE by Queen Elizabeth and made a member of the Order of the British Empire.

She arrived at Buckingham Palace to accept the honour in a mini skirt and cut-away gloves.

Miss Quant OBE was a key figure in the rise of “Swinging London”, and her name is now synonymous with 60s fashions.

In the late 1960s, Quant launched hot pants, which was to be her last big fashion development. Through the 1970s and 1980s, she concentrated on household goods and make-up.

Can anyone agree on a set of rules for playing Monopoly? The game of capitalist supremacy celebrated its 40th anniversary in 1975. Over 200 million games...

On 15 June 1992, US vice president Dan Quayle instructed a student to spell 'potato' by adding an 'e' to the end during a...

Oswald Ernest Mosley was born in Manchester on 16 November 1896, the son of the fifth baronet and heir to a sizable fortune. Entering Parliament...