Television mesmerised us from the moment it entered our households and – in less than a decade – became a staple of our way of life. The rapid growth of the popularity of television surpassed even that of radio broadcasting in the 1920s.

In 1949 there were one million television receivers in the United States. In a five-year span, the number rose to thirty-two million. 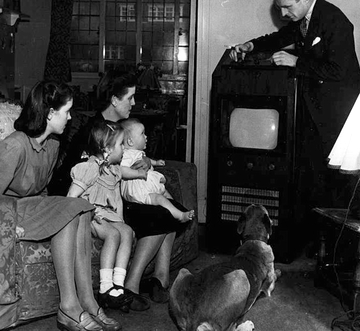 By the end of the Fifties, 90 per cent of American households owned at least one television set, and 5,000 cinemas had closed.

Television’s immediate success was not a fad. It stuck because a generation of talented and popular radio personalities joined the new and uncertain medium and created memorable characters, shows and programmes.

The British nation came to a standstill on 2 June 1953 as 20 million people across the country huddled in corners peering avidly at a small piece of furniture with a grey screen.

They were watching magic pictures of the coronation of Elizabeth II in Westminster Abbey. For many, it was their first glimpse of an invention that has gone on to change the face and behaviour of the world.

Fewer than two million British homes owned a TV set at the beginning of 1953, and these were mainly in London, Manchester, Birmingham, Cardiff and Glasgow. But in the build-up to the coronation, 526,000 sets were sold as coronation fever swept the nation. 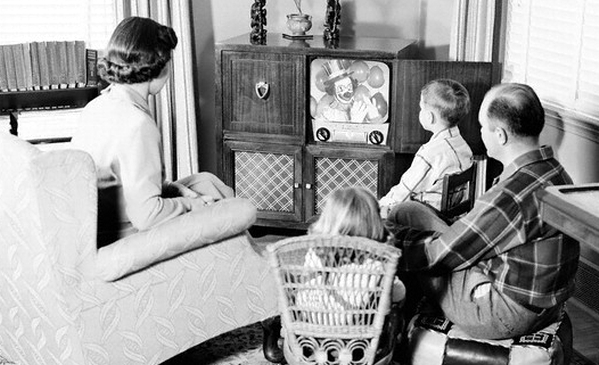 The first commercial British channel, ITV, was launched on 22 September 1955, and the impact was immediate. Brash, confident, and entertaining, the new channel fascinated viewers right from the start with its newscasters, cash quiz shows, variety shows and American programmes – and commercials.

Daring and innovative programming converted millions to the small screen, and to this day, our expectations of television have their roots in those halcyon and golden years of television.

MOST WATCHED TELEVISION IN BRITAIN IN THE 1950S