The first regular live children’s television show from Channel Nine in Melbourne was originally broadcast as The Happy Show for one hour every weekday afternoon. 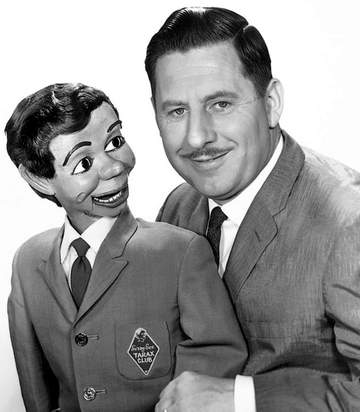 Initially hosted by a character called Happy Hammond, it was re-named The Tarax Show in 1959 when Hammond moved to rival station HSV7.

Australian ventriloquist Ron Blaskett appeared on the show with his puppet Gerry Gee.

The popularity of the Gerry Gee character spawned its own self-contained five-minute-long live-action short films called The Adventures of Gerry Gee which aired within the show, with Gerry solving crimes, rescuing maidens in distress and similar tales of “Boys Own” derring-do.

The segment quickly became a regular and popular feature of The Tarax Show, running for three years with much Gerry Gee merchandise successfully marketed as a result of its popularity. 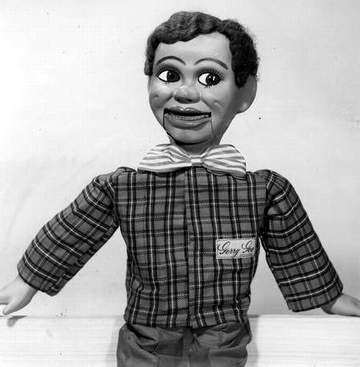 All the Gerry Gee episodes were written, directed and produced by Denzil Howson. The series was produced on 16mm film and most episodes were filmed outdoors on location.

Long shots of Gerry in the series were achieved by using nine-year-old child actor John Field (Denzil Howson’s neighbour at the time) wearing a latex Gerry Gee face mask interspersed with close-ups of the actual puppet for dialogue or reaction shots.

Storylines included ‘Pimpernel Gee’, in which Gerry played the part of the Scarlet Pimpernel (complete with coiffured wig and velvet frock coat) saving the French aristocrats from the guillotine, ‘Tarzan Gee’ with Gerry as a jungle boy who befriends a wild gorilla, a Robin Hood themed story entitled ‘Gerry Hood’ (with the Melbourne Botanic Gardens standing in for Sherwood Forest), and an Arabian Nights adventure called ‘Ali Gee’ (Iszzit? Booyakasha!).  Each storyline consisted of three or four episodes. 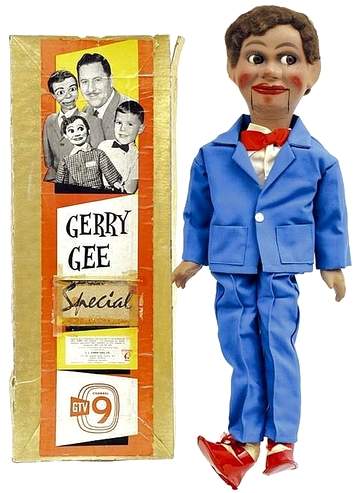 Gerry Gee also featured in a televised pantomime in 1963, titled Marianne. Missing reels of film of The Adventures of Gerry Gee were found in 1991.

1 9 7 8 (USA) 6 x 30 minute episodes Ted Knight, the empty-headed newscaster on The Mary Tyler Moore Show, landed his own series with this frothy short-lived CBS comedy about an escort service in New York...

1 9 6 1 (UK) 6 x 25 minute episodes Debuting on 16 February 1961 this ATV show featured Cliff Richard and his backing band, The Shadows. Other regular performers were The Vernon Girls and The Jack Parnell...