This NBC family adventure series told of life under the big top of a touring circus in the late 1890s and starred eleven-year-old Mickey Braddock (later to find fame under his real name, Micky Dolenz, as drummer, singer and all-round goofball in The Monkees) as Corky, the orphaned son of high-wire artists who is adopted by the entire circus troupe.

Joey the clown (Noah Beery) played the part of Corky’s unofficial guardian, and Big Tim Champion (Robert Lowery) was the owner and ringmaster of the travelling tent show. The fourth permanent member of the cast was Bimbo, a 3-year-old 3,000-pound elephant who played Corky’s pet and constant companion.

Mickey, the son of actress turned housewife Janelle Dolenz, and actor George Dolenz (star of The Count of Monte Cristo), had no professional acting experience before Circus Boy. He was recommended to producer Norman Blackburn by the elder Dolenz’s agent after Blackburn had interviewed and tested more than 300 professional boy actors.

To produce Circus Boy, an entire authentic circus was purchased, and episodes were shot on location at the Corriganville Movie Ranch in California. 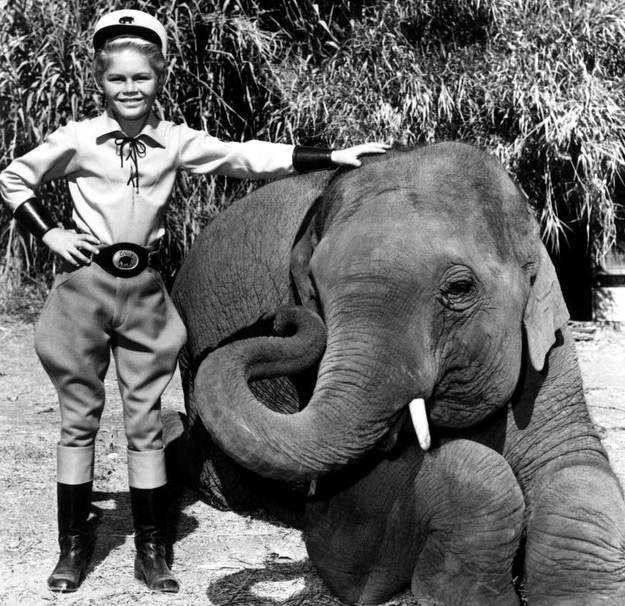