Father Knows Best was one of a slew of American middle-class family sitcoms in which moms were moms, kids were kids, and fathers knew best. Today, most critics view it as high camp fun, although this genre has at times been labelled the “Aryan melodramas” of the 1950s and 1960s. 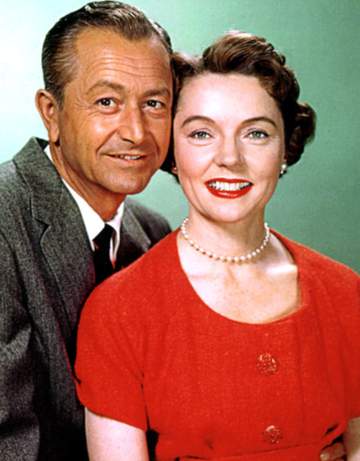 The brainchild of producer Eugene Rodney and series star Robert Young (who played Jim Anderson, a salesman for the General Insurance Company), Father Knows Best debuted as a radio sitcom in 1949. The series was transplanted to CBS television on 3 October 1954.

Jim Anderson came home each evening from work to his suburban home at 607 South Maple Street in the town of Springfield, changed from his suit into a cardigan, and solved the day’s small family crises.

Although wife Margaret (Jane Wyatt) was stuck in the drudgery of domestic servitude, she was nobody’s fool, often besting her husband and son, Bud (Billy Gray).

Daughter Betty Anderson (Elinor Donahue) – known affectionately to her father as Princess – could also take the male Andersons to task, as could the baby of the family, the precocious Kathy (Laurin Chapin) – aka Kitten or Angel.

The show was extremely popular, although CBS actually took it off the air after the first season. New (at the time) network NBC picked it up after high public demand. Two years later CBS obtained the series once again, by which time it was an unqualified success.

Lauren Chapin, who played youngest daughter Kathy, battled heroin, psychosis and poverty after the show ended before recovering and working as an evangelist minister in Orlando, Florida. 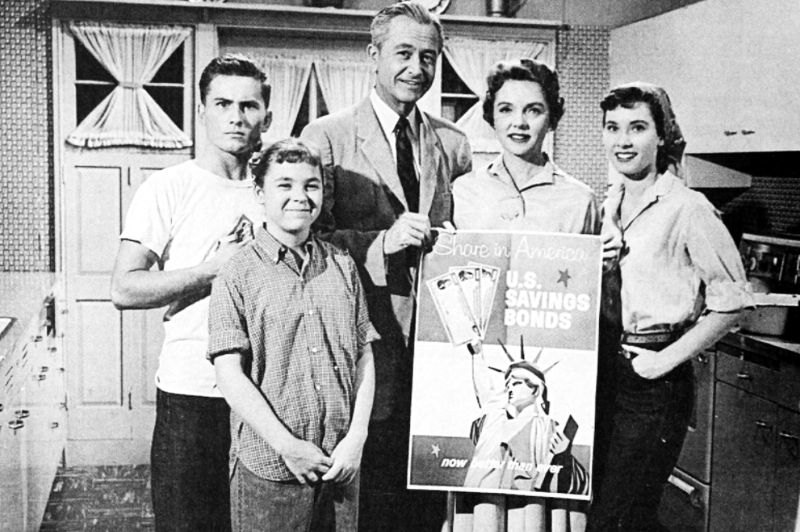