The First Hundred Years was the first television soap opera series from CBS. The daytime soap dealt with the lighter side of being married and starred Jimmy Lydon and Olive Stacey (pictured above) – and later Anne Sargent – as Chris and Connie Thayer, who were newlyweds.

CBS cancelled the show in 1952 and replaced it with the daytime serial The Guiding Light, which aired until 2009. 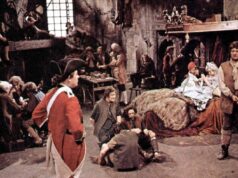 A Touch Of Frost

1 9 6 6 (Australia) Dig We Must was produced by the Australian ABC network (Channel 2) and hosted by Bobby & Laurie (Bobby Bright and...