Life Of Riley, The

A different sort of sitcom family – a blue-collar clan of the type infrequently seen on television (either then or now) – began their regular run on NBC on the second day of 1953.

The Life Of Riley starred former motion-picture heavyweight William Bendix as the mildly tormented and befuddled Chester A. Riley, who lived at 1313 Blueview Terrace in a working-class neighbourhood in California and worked as a riveter for Stevenson Aircraft and Associates for $59 a week. 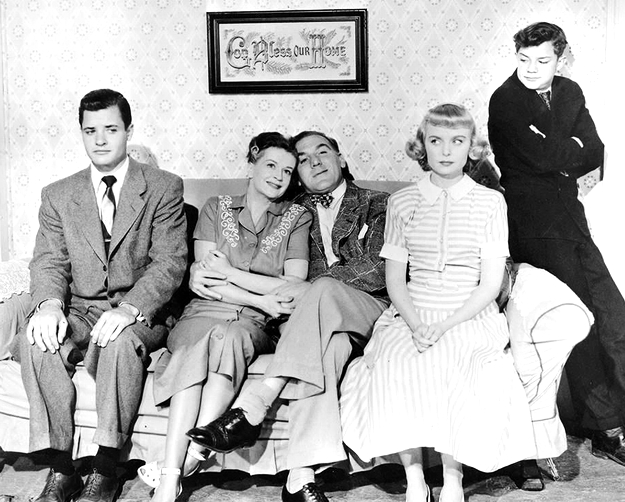 Much of the comedy in the show revolved around Riley’s mispronunciation of words and his ill-advised interventions in minor problems.

In a line that epitomised the mock crises that formed the sitcom genre, Riley would look at the viewer at some point during each episode and exclaim “what a revoltin’ development this turned out to be!” 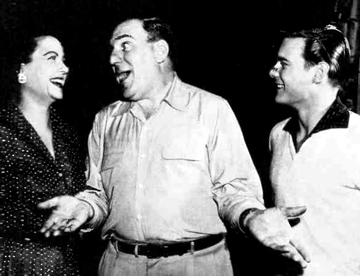 Originally heard as a radio show in 1943, this was actually the second television incarnation of the character.

In 1949, on the DuMont network, Jackie Gleason had starred as Riley, with Rosemary Decamp as his wife and Gloria Winters and Larry Lees as the children. Gleason was about to find greener pastures as comedy host of a variety programme that would, in turn, spawn sitcom classics.

The Life Of Riley is one of a handful of vintage TV comedies that feature no audience laugh-track, whether real or “canned” and viewing the episodes – which display credible writing and acting – make one realise how integral the ‘laugh-track’ has become to television comedy.

The series completed five seasons before it left the airways on 22 August 1958.