Yet another sitcom where the star portrayed a show business personality – this time in a vehicle for Danny Thomas.

The original series title stemmed from the fact that whenever Williams returned home after an engagement, his wife and kids always stated that they had better “make room for Daddy”.

After three seasons the name of the show was changed to The Danny Thomas Show, and between 1953 and 1964 there were two versions of the programme with minor cast changes made in 1957 when Thomas switched from ABC to CBS.

Jean Hagen originally played Danny’s wife, Margaret, but when Hagen decided to leave the show in 1956 (her character was said to have died), she was replaced by Marjorie Lord as Danny’s new wife, Kathy (nicknamed ‘Clancy’), a widow he had met and married after his first wife’s death. 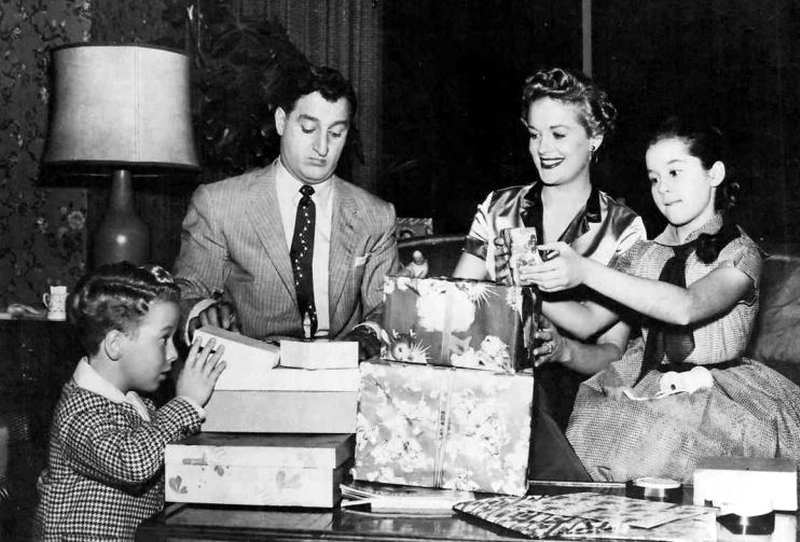 Rusty Hamer played Danny and Margaret’s son, Rusty, and Sherry Jackson (and later Penny Parker) played their daughter, Terry. Kathy’s daughter from her first marriage (Linda) joined the cast in 1957 and was played by Angela Cartwright.

The Thomas programme also served as a production wellspring for many other series. Its producer was former motion pictures heavyweight Sheldon Leonard who later produced such series as The Dick Van Dyke Show and I Spy.

Rusty Hamer battled with alcoholism and depression after the show ended, and was only able to find work as a messenger, house-painter and cook. In 1990, at the age of 42, he shot himself in the head.

TRIVIA
The Thomas family originally lived at the Parkside Apartments (Apartment 1204) in Manhattan. After Danny and Kathy married they moved to an apartment at 505 East 56th Street, Manhattan.

The familiar theme music for the show was Londonderry Air (aka Danny Boy).