Debuting on NBC on 3 July 1952 as a summer replacement series, Mr Peepers proved that not all television comedy, even in the immediate wake of Lucille Ball, had to be madcap and slapstick. 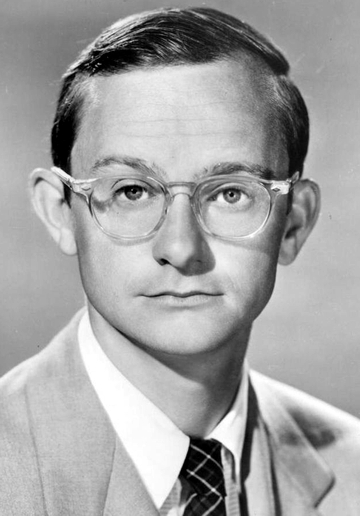 Peepers, played in fine form by Wally Cox, was a shy, ineffectual science teacher at Jefferson City Junior High, and what a later generation would call ‘wimpy’. But in his quiet, reserved and whimsical manner, he always managed to come out on top of situations.

Even though he was not always quite in control of all situations, he was always a man of dignity.

And he even wound up marrying his equally shy, plain-Jane sweetheart in the show, Nancy Remington (Pat Benoit).

The scripts, as well as the performances, were very sensitive. The show ended on 12 June 1955. Fonz and the Happy Days Gang, The