In the first week of ITV transmission at the end of September 1955, lucky old London witnessed the arrival of two of the most popular yet nauseating game shows ever: Double Your Money and Take Your Pick.

Take Your Pick was the lesser of the two evils, if only because it didn’t feature Hughie Green.

The host of Take Your Pick was ‘your quiz inquisitor’ Michael Miles, an amiable New Zealander who was originally only taken on as a late-night announcer in his native country after he had pestered the station every day for six weeks. 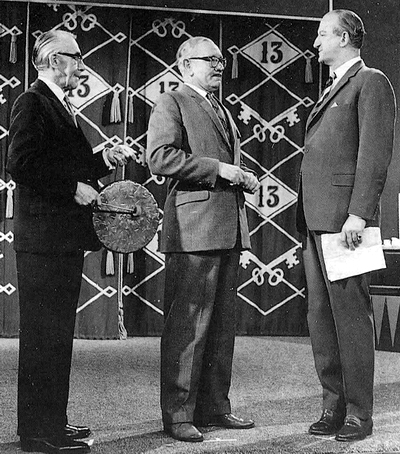 Miles masterminded the show, hiring a staff of six and earning £20,000 a year for it.

An ‘open secret’ in show business was that he drank heavily. In fact, he was an epileptic who would lock himself in his dressing room, ashamed of his condition, preferring to be thought drunk.

He graduated to Radio Luxembourg, where Take Your Pick was heard for three years before switching to television.

The contestants were chosen from the studio audience just minutes before the show. Miles described the scene thus: “When the audience is seated, I ask for volunteers to stand up, and from the response, you’d think we had played the National Anthem”.

The poor unfortunate then had to face the infamous yes/no interlude – where former singer and actor Alec Dane would be poised with his gong as Miles fired personal questions at contestants who were not allowed to respond with “yes” or “no” (the merest hint of either and they were gonged off) – before going on to the serious business of winning prizes.

Prizes were announced by booming Bob Danvers-Walker, accompanied by a quick burst from Harold Smart on the organ. 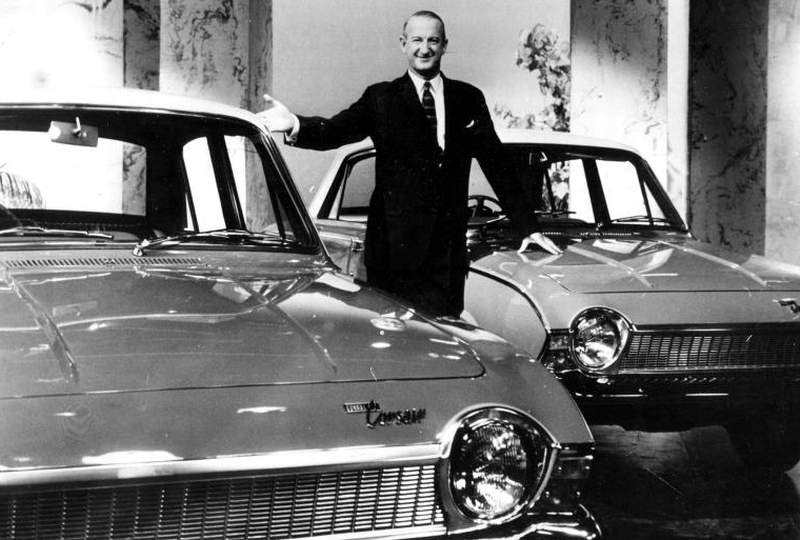 There were always three booby prizes like a prune or, worse still, a ticket for next week’s show. And there was the mysterious Box 13 (the contents of which were unknown even to Miles), the treasure-chest of money and ‘tonight’s star prize’, which was greeted with a crescendo of ‘oohs’ from the audience as if they’d never seen a three-piece suite before.

Miles would offer cash to induce the contestant to part with the key to his particular box (in which details of the prize were hidden), whipping the throng into a frenzy with that emotive plea: “What shall he do – open the box or take the money?” 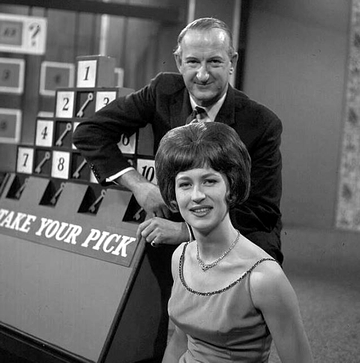 The sensible prizes were of a high standard. One of the best was asking two competitors to meet on Sydney Harbour Bridge, having flown in opposite directions around the world, and then to collect a sum of money placed in a joint account at a Sydney bank.

As if aware that there was only so much excitement a nation could take, ITV dropped Take Your Pick in 1968. Miles returned with Wheel of Fortune but died in 1971. Shortly before his death, he calculated that he had given away £500,000 in prizes.