Tales of the Texas Rangers

As the title suggests, these were straightforward adventure stories concerning the exploits of one of America’s most famous law-enforcement agencies. 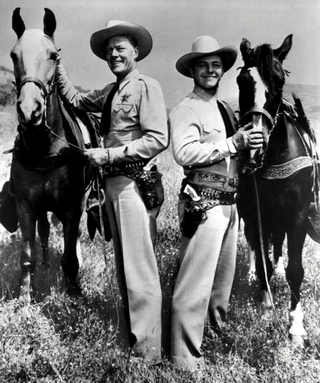 Although Rangers Pearson (Willard Parker) and Morgan (Harry Lauter) were regulars, they appeared in a different setting each week, ranging from the Old West of the 1830s to present-day (1950s) Texas, using crime-detection methods appropriate to each era.

The series was, in fact, a survey of the Rangers’ activities over its 120-year history.

The series was also heard as a radio series in the early 1950s, with Joel McCrea in the lead role of Ranger Pearson.