Wonderful World Of Disney, The/ Disneyland

This pioneering example of cooperation between a film studio and a television network also happens to be the longest-running running show in the history of television. Not bad for a ‘kiddie programme’.

Known over the years by many titles – and originally titled Disneyland – the series began its long run in 1954 on ABC and was hosted by Walt Disney himself.

At the time, ABC was in third place among the three networks and ready to take a gamble on Walt Disney.

Not only did the network have to pay a high price for the Disney programming, but it also had to contribute funding for Walt Disney’s proposed amusement park, Disneyland. ABC took the risk, and that judgment was vindicated when both the show and the park became huge successes.

Initially, the show was split into four rotating segments that represented the four areas that made up the Disneyland park: Frontierland, Fantasyland, Adventureland, and Tomorrowland. This format allowed for several different styles of content, including live-action programming, cartoons, and documentaries. 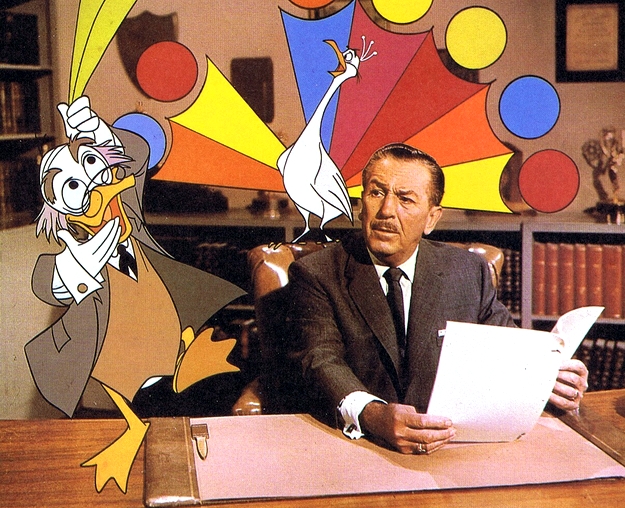 All were popular, but Disneyland kicked into ratings overdrive when it began running a serialised programme on the life of Davy Crockett as a Frontierland segment. Fess Parker played the title role, chronicling the adventures of the real-life explorer in the 1800s. Davy Crockett made an overnight star of Parker, spawned a theme song that became one of the biggest hits of the 50s, and turned Davy’s coonskin caps into the must-have fad of the mid-50s.

Surprisingly, Crockett was killed in the last of the segments. Public demand resulted in a few more episodes chronicling Crockett’s earlier adventures, but Crockett never got another regular series.

Several new western heroes like Texas John Slaughter, Elfego Baca and Swamp Fox (pictured below left) would be telecast until the early 60s to fill the void created by the loss of Davy Crockett, but none of them ever achieved the same popularity.

Other segments aired during the early run of the show included adaptations of classics like Robin Hood and Babes in Toyland, as well as original cartoons featuring the likes of Donald Duck and Goofy. 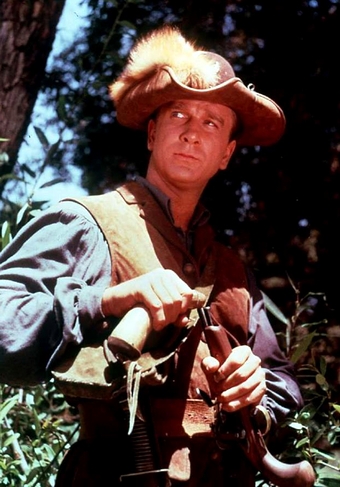 In 1961, the show moved to NBC, where it could broadcast in colour. The show’s title was changed to toot the multi-hued horn a bit, and Walt Disney’s Wonderful World of Color hit the airwaves. A new animated character named Professor Ludwig Von Drake was introduced at this time.

This relative of Donald Duck was voiced by Paul Frees and was used to introduce educational-themed segments like Mathmagic Land.

The combination of varied original programming was maintained, although the focus on Western programming shifted to nature-themed segments like Joker the Amiable Ocelot and Lefty the Ding-A-Ling Lynx, often narrated by Rex Allen.

Walt Disney died on 15 December 1966, and his passing was mourned by many a viewer. As a result, the opening and closing host portions of the programme were dropped, and introductory duties were handled by an off-screen narrator, Dick Wesson.

Gradually, the focus of the show shifted from original programming to re-runs of Disney cartoons and films.

Though it was consistently viewed by many, the ratings gradually began to slip over the years, and NBC cancelled it in 1981. It was almost immediately picked up by CBS, where it ran until 1983. After that, the show went into a hiatus period while the Disney company concentrated on a new cable venture known as the Disney Channel.

In 1986, the show was revived by new Disney head Michael Eisner and returned to its original network home, ABC. Eisner also hosted the show, which alternated classic Disney films with new made-for-TV films like The Last Electric Knight and Not Quite Human. In 1988, the show moved again to NBC. 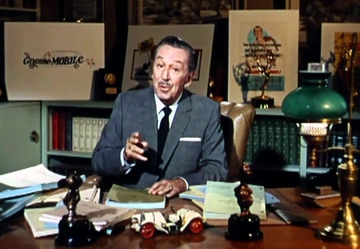 It was still hosted by Eisner, but now consisted primarily of original programming, including series’ based on The Parent Trap and The Absent-Minded Professor, as well as an update of Davy Crockett.

This version of the show was cancelled in September of 1990, but the format was revived yet again in the fall of 1997.