Animal Magic first aired on 13 April 1962 and ran for 22 years with host Johnny Morris mixing tips on animal care with information on wildlife and zoos, while providing the animals with quintessential English voices – the blustering retired colonel, the spinster maiden aunt, the tongue-tied suitor . . .

The qualities he attributed to his menagerie always had an innate gentleness though, and what he was doing was child’s play: anthropomorphising animals as children have always done with pets and toys.

His young viewers instinctively responded with love for the dumpy, grey-haired little man. He usually closed the show with Dotty, the ring-tailed lemur, on his shoulder. “He was as good as gold on screen because I kept a pocket full of sweets, and he knew I would give him some as long as he behaved,” said Morris.

There was no artifice. Morris was the real thing – a countryman and animal-lover, who stumbled into radio, and then television, almost by accident.

Born in Newport, Monmouthshire in 1916, of Gloucestershire and Worcestershire stock, he left school at 14 and had several jobs before moving as a farm bailiff to Aldbourne in Wiltshire, where he soon became a local character and raconteur.

Another resident of the village was Desmond Hawkins, who, impressed with Morris’s stories, invited him to take small acting parts for radio in Bristol – the first on April Fools” Day, 1946.

Morris eventually abandoned acting and found his métier giving country life talks in the Plug In The Wall series. He moved to the Home Service in the early 1950s with a rural-based magazine programme, Johnny Comes To Town.

In 1957 he launched Johnny’s Jaunts, in which he chatted to people around Britain, and, when the series transferred to television, he expanded his journeys to take in the Mediterranean.

The Hot Chestnut Man and Animal Magic followed, and he also continued to do idiosyncratic travelogues for adult viewers. 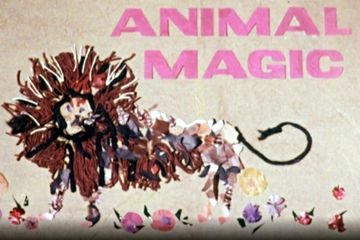 Although Animal Magic involved filming at several zoos, Bristol Zoo Gardens always featured strongly and many of the Zoo’s animals became stars in their own right.

During the 1960s and 1970s, many zoo staff were involved in helping with the show. Keepers such as Bert Jones and Don Packham regularly found themselves down at the BBC studios in Whiteladies Road working with Johnny on the programme.

Don Packham, retired Head Keeper, recalls many occasions in which he took animals for filming and remembers Johnny with affection and respect.

“We rarely used the animals in rehearsals,” Don says, “Johnny always considered the animals first and listened to our advice, no matter what the director and producer said. I remember one occasion in which I appeared with a young tapir, everything was fine until the live transmission started, the tapir tried to leave the stage and I dived down to hold it. Johnny, seeing my predicament, immediately joined me and the tapir on the floor and we did the interview right there. He was a true professional.”

When Johnny Morris was 26, he fell in love with a fashion model, Eileen Monro, who, separated from her husband, had been evacuated to Wiltshire in 1942 with her two small children.

Morris, still working as a farm manager, looking after 600 cows and 2,000 pigs for £2.50 a week, brought her vegetables from the farm and determinedly wooed her, even though she was 10 years older and much taller than he was. She soon fell for him.

Monro married Morris in 1944, and the union was blissfully happy for 45 years. When she died in 1989, he had her buried at the bottom of the four-acre garden they both loved, and for the rest of his life, he visited her grave every evening to tell her about the day’s events. Eileen’s two sons gave him five grandchildren and several great-grandchildren.

In 1982 Morris was awarded the OBE – ironically, the same year that Animal Magic was dropped when new BBC bosses judged it too ‘unscientific’.

Morris was hurt and angry. He remained in demand for ads and voice-overs because he could operate as a one-man sound effects department, his talent for mimicry extending beyond animals to noises like steam engines and squeaking signs. In his later years, he condemned the proliferation of ”pet TV” shows, reserving particular ire for Pets Win Prizes, which he described as “disgusting”.

Programmes such as Animal Hospital, which he saw as exploiting animals, also upset him. “It is enough to make you vomit,” he said. “They are purely sentimental, money-making things which provide vehicles for people to watch animals who have suffered or are in distress, or have been abandoned. It is a disgraceful way to entertain people.”

This was the blunt ex-farm worker talking, the man who, through long experience handling livestock, knew that no matter how funny the voice he gave it might be, each animal’s dignity had to be left intact and that it always had to be quite clear that it was Johnny making an ass of himself and not the ass. It was a question of respect.

In the late 1990s, Morris went into partnership with his step-grandson, Claude Monro, in The Pelican, a popular pub in Hungerford, and was disappointed when the venture collapsed. He spent a lot of time replying to all the letters he received from the children he had entertained, now grown up and with children of their own.

In 1999, his programme views were vindicated when ITV sought to revive his particular brand of magic in a new series – Wild Things – with Johnny putting voices to the animals at Marwell Zoo, Winchester.