Nat Hiken followed up the hugely successful Phil Silvers Show with this NBC show featuring the antics of two NYPD patrol vehicle officers as they cruised the streets of the 53rd precinct in the Bronx in patrol car 54.

Fred Gwynne played the tall and sombre Francis Muldoon, and his hopelessly dim-witted partner, Gunther Toody, was played by Joe E. Ross who had previously been seen as Bilko’s regular foil, Rupert Ritzik.

Hiken even retained some of the old Bilko chemistry by employing actress Beatrice Pons to appear as Ross’s wife, Lucille – as she had done back at Fort Baxter.

To complete the comic connection, Al Lewis appeared as the henpecked Officer Leo Schnauser – whose wife, Sylvia (Charlotte Rae), was convinced he was having a secret affair with Marilyn Monroe – before teaming up again with Gwynne in The Munsters at the end of Car 54‘s two-season run.

Officers Toody and Muldoon were among the most unlikely patrol car partners ever seen on a police force. Toody was short, stocky, friendly, and just a bit nosy, a marked contrast to the tall, quiet Muldoon, who lived with his mother and sister.

Although they were assigned to New York’s 53rd precinct – a run-down area in the Bronx – they always seemed to encounter more comedy than crime.

Much of the series was shot on location on the streets of New York. To avoid confusion, their police car was painted bright red (pictured at left) so it would not be mistaken for an authentic police vehicle. This obviously did not show in the black and white film.

As the 1990s dawned, and Hollywood movie producers began to look back fondly and with covetous eyes at their childhood TV favourites, so Car 54 was updated for the big screen. It could have worked, had it been done well, but it was not.

The Car 54, Where Are You? movie was a crass, insulting shambles, made without regard to the qualities of the original and an ill-judged wholesale embrace of the ‘rap’ culture that heaps embarrassment upon the production.

David Johansen starred as the gravel-voiced Toody, John C McGinley was cast as Muldoon and Rosie O’Donnell as Lucille.

One nice touch was that two veterans of the TV series were employed: Al Lewis as the about-to-retire Leo Schnauzer (clearly, no regard was paid to spelling either) and Nipsey Russell appeared again as Anderson, now promoted to the rank of station captain.

When completed, the best possible thing happened to this travesty of a movie: Orion Pictures, the production company, went into bankruptcy, and it never came out. It has, however, aired on television. 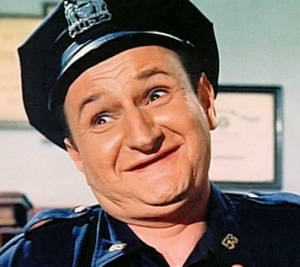 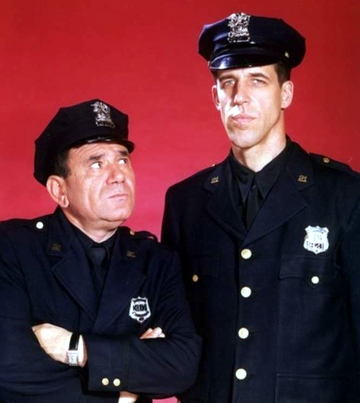