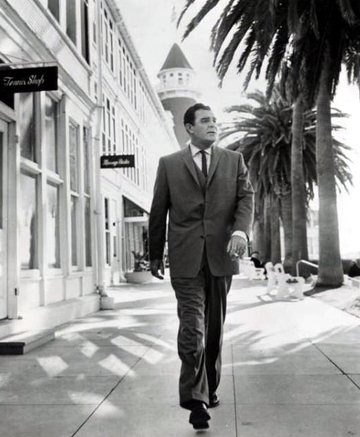 Adams lived in a plush home on the wealthy peninsula of Coronado, overlooking San Diego Bay in California. His address was Coronado 9 (hence the series title).

He only accepted cases that appealed to his sense of justice and his deep concern with his fellow human beings, striving to help those in most need of his assistance in resolving situations threatening their lives and livelihoods.

The syndicated series was produced by Revue Studios and ran for a single season of 39 episodes in 1960 and 1961.