Patrick Glover, a writer of Bond-style spy novels, was divorced and a free spirit – in principle.

However, plagued by his dotty mother, his agent (Georgie), his ex-wife (Barbara), her new scrap-metal-merchant husband (Bill), a fussy nanny and two nubile trendy daughters (Anna and Karen), his life was never really his own.

Although he drove a sports car and lived in a spacious, well-appointed house in Hillsdown Avenue, Hampstead, complete with a cuddly St Bernard dog called H.G. Wells, his peace and privacy were constantly being shattered by the household entourage.

The end of the sixth series saw eldest daughter Anna marry her boyfriend, Timothy Tanner, but the couple moves in during the seventh and final series, preserving the domestic flavour of the comedy. 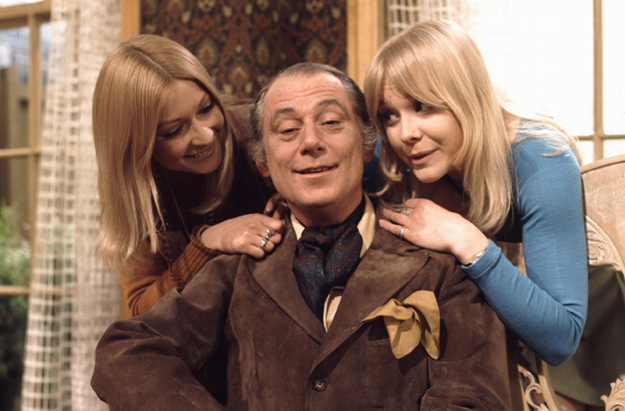 This archetypal Thames TV farce first aired on November 5th, 1968, and was written by Johnny Mortimer and Brian Cooke, and produced by William G Stewart.

A spin-off feature film was released in 1973 which, typically, failed to amount to very much, and then there was an Australian-made version of the TV series Father, Dear Father In Australia.

Patrick Cargill, Ann Holloway and Natasha Pyne made a special appearance, in character, on the 1 March 1970 edition of the ATV game-show The Golden Shot. 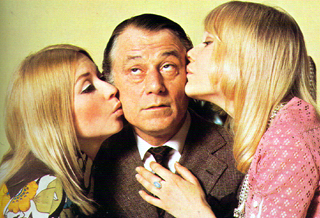 The three also turned up in Thames TV’s The Edward Woodward Hour on 4 August 1971, in a sequence where the Glovers met Woodward’s British secret agent Callan.

Patrick Cargill died in 1996 at the age of 77. At the time of his death, Cargill was suffering from a brain tumour and was being nursed in a hospice in Richmond on Thames, London.

The year before his death, Cargill had been struck by a car in Australia. Though he was only slightly injured, the accident led to false reports that the cause of his death was a hit-and-run accident.