Homicide was launched on the Australian Seven network on 20 October 1964.

A series about the homicide squad of the Victorian police force – based at Melbourne’s Russell Street police headquarters – and their various cases, Homicide became the most successful drama series produced for Australian television.

The series ran for eleven years and sixteen different actors played members of the homicide squad at different times. Homicide also ushered in a new look for Australian television.

It presented audiences with a different, more factual view of Australia than anything previously released.

“The recipe for success was, there must be a body, two or more suspects and plenty of clues,” said Monte Miller – one of many scriptwriters who worked on the show.

The proof was in the pudding. The hatted heroes of Homicide were arresting enough (sorry) to make this the first locally made drama to rate in the Australian TV Top Ten.

Crawfords (who produced this show and a number of other Australian police dramas) had developed a close relationship with the Victoria Police while producing radio serials, and this relationship continued with Homicide.

Real policemen were, in fact, seconded to the production company as technical consultants, and Victoria Police sponsored the programme for the first year as a public relations exercise. 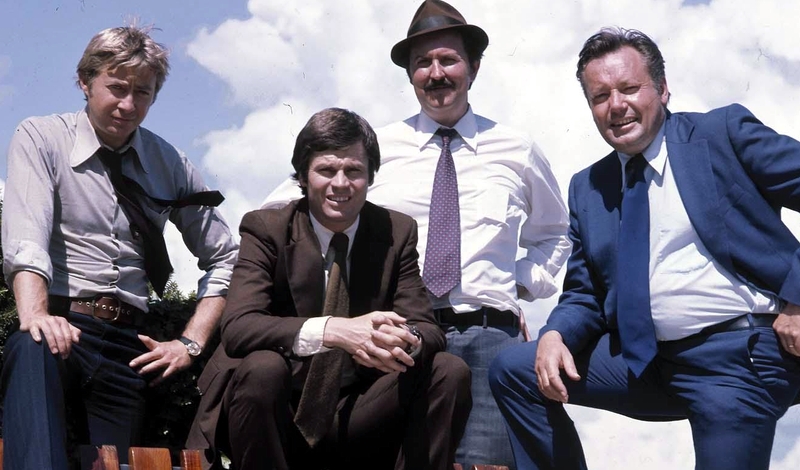 Later, when the show was at its peak, the top cops were Alwyn Kurts as Inspector Fox, Leonard Teale as Detective Sergeant Mackay, Norman Yemm as Senior Constable Patterson and George Mallaby as Detective Barnes.

With limited budgets (compared to the American cop shows they were up against) many of the actors performed most of their own stunts.

Terry McDermott – who played Detective Sergeant Frank Bronson from 1964 to 1966 – recalled some instances while filming around Melbourne: “Once we were filming around the old Nylex sign on the corner of Punt Road and the freeway, and we had to climb right out on the scaffolding to bring back a boy who was threatening to commit suicide. It looked dangerous – that’s because it was dangerous!” 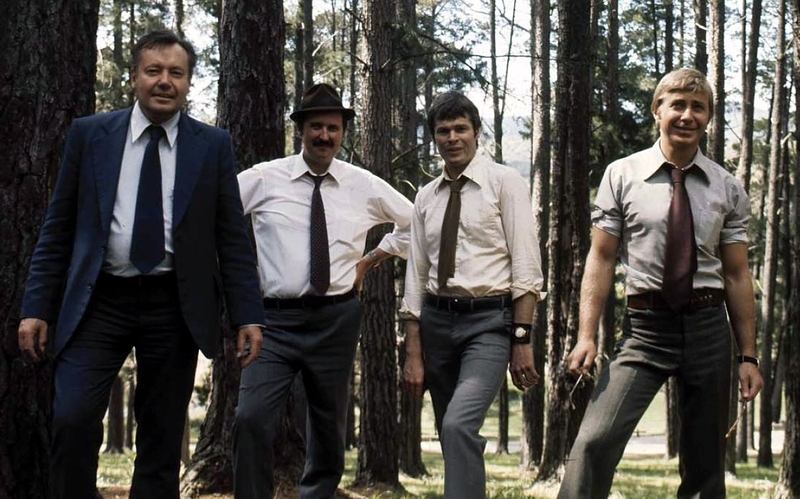 McDermott again: “We once did a boat chasing sequence and, of course, we didn’t have a boat. We were lucky enough to come across some people who were water skiing and they let us borrow their boat. We used it for most of the day, and they were really good sports”.

The evolution of Homicide’s production values over its 12 years reflects the development of Australian television. It went from black-and-white to colour and limited sound to full sound. 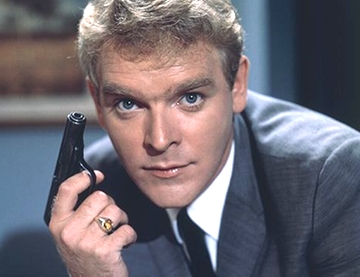 Although, in a move that wasn’t typical of all series at the time, Homicide shifted to an all-film production when it changed to colour, apparently due to a delay in Seven’s colour video facilities being ready. 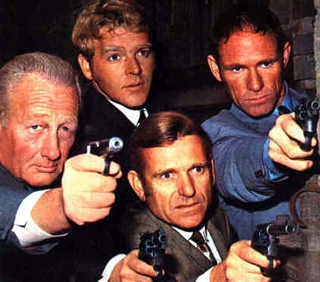