This Hour Has Seven Days has repeatedly been cited as the most exciting and innovative public affairs television series in the history of Canadian TV broadcasting.

It was certainly the most popular, drawing more than three million viewers at the time it was cancelled (controversially) by CBC, which was unable to withstand the cries of outrage from offended guardians of public morality.

The creation of two young producers, Patrick Watson and Douglas Leiterman, the series debuted with great fanfare on 4 October 1964 and came to its well-publicised end after 50 episodes on 8 May 1966.

The first year’s shows were co-hosted by John Drainie, Laurier LaPierre (an academic historian, pictured at left) and Carole Simpson, soon replaced by Dinah Christie. The role of the women was limited primarily to songs or satire.

Upon Drainie’s illness, Patrick Watson was persuaded to abandon his producer role to join the on-air team in a move that CBC management thought would reduce the controversial style of the programme.

Clearly inspired by the earlier British satirical review of the news, That Was The Week That Was, Seven Days utilised a one-hour magazine format that combined satirical songs and skits with interviews, investigative reports and mini-documentaries.

On an irregular basis, the entire show would be devoted to an in-depth documentary film under the title Document. Several important award winning films were produced and shown.

The fast pace, the topicality of many of the segments, the irreverence of songs and skits, and the occasional emotionalism of the on-air team members all added to the popularity and the controversy that built around Seven Days.

The cancellation of Seven Days and the firing of Watson and LaPierre in the Spring of 1966 (Leiterman was later forced out) was met with a large public outcry – probably the largest in Canadian history for any TV programme – and certainly for any public affairs programme.

Partly orchestrated by Watson, Leiterman and LaPierre there were public demonstrations, thousands of letters and phone calls, indignant editorials, threats to resign by CBC staff, and calls for Parliamentary inquiries.

As a result, a Parliamentary committee hearing that favourably featured the Seven Days team stretched over several weeks. Prime Minister Pearson appointed a special investigator which kept the programme in the news for several more weeks.

The final reports seemed to chastise both sides in the dispute but were harshest with the CBC for its heavy-handedness and bureaucratic timidity. 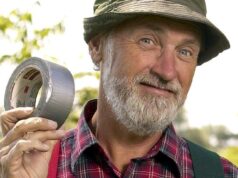 Stand By Your Man

1 9 9 2 (USA) Adapted from the hit British comedy series Birds Of A Feather, this programme revolved around sisters Rochelle (Melissa Gilbert) and Lorraine (Rosie...

1 9 8 4 - 1 9 8 7 (UK/USA/Japan) 78 episodes Recognised as the first and perhaps the only cyberpunk television series, Max Headroom went through a variety...

1 9 5 7 (UK) 8 x 30 minute episodes Looking and Seeing was the very first schools' television programme to be broadcast in Britain. It was a...