After decades of friendly animated animals, Hanna-Barbera came up with a new winner: an animated adventure series about a young boy, his scientist father, their bodyguard, their Indian ward, and a bulldog pup. 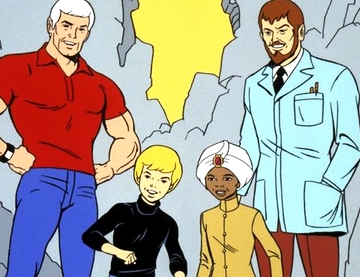 Whether it was the sighting of an alien creature or any other bizarre event, Quest and his crew soon got to the bottom of it, usually battling against the clock in the process.

They usually concluded their adventures by explaining the scientific reasons behind the phenomenon they had just encountered.

The series featured non-stop motion: sinister villains, one very alluring female character (who everyone remembers even though she was only in two episodes), hidden treasure, gunrunners, laser guns, madmen, supernatural monsters, and all the cool Hindu magic Hadji could do.

The series – originally proposed as an animated version of Jack Armstrong, All-American Boy, a syndicated comic strip adventure – was aired for a year during evening prime time in the USA, just like its Hanna-Barbera predecessors The Flintstones, The Jetsons and Top Cat.

The series really found its niche, though, on the Saturday morning schedule where it ran for three years.

New episodes were created for cable in 1987 along with two made-for-cable movies, Jonny’s Golden Quest (1993) and Jonny Quest vs. the Cyber Insects (1995). These are all better left undiscussed. 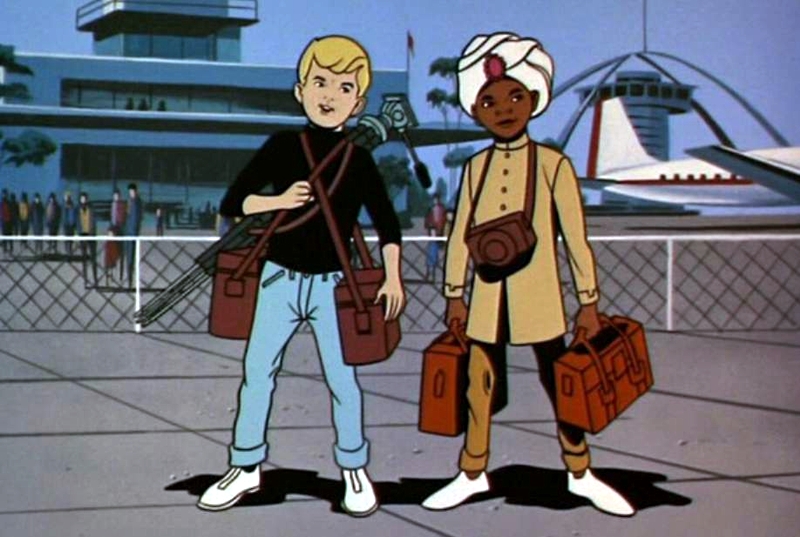