The Master began as an Enid Blyton-style jaunt, with two children, Nicky (Paul Guess) and Judy (Adrienne Posta), and their dog – out on a sailing expedition – becoming marooned on the island of Rockall, a remote granite islet off the west coast of Scotland in the North Atlantic Ocean. 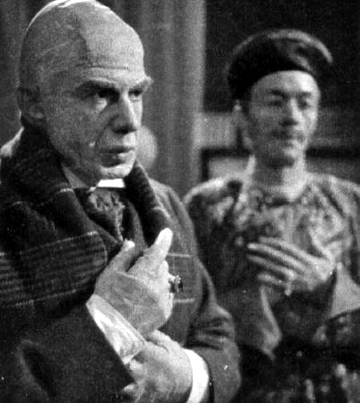 The series then continued through sci-fi chiller, as the island was inhabited by the title telepathic despot – a 150-year old emaciated criminal with telepathic powers (Olaf Pooley, pictured at right) – in his forbidding granite fortress, and ended with an action thriller as Rockall is blown up.

In the pay of The Master was eccentric scientist Dr McTurk (played with manic wide-eyed lunacy by John Laurie, pictured below) and a sinister unnamed Chinese assistant (Terence Soall).

The Master’s plan was to hold the world to ransom with a deadly laser ray but his plans were complicated with the arrival of our heroes, especially when he learned that Nicky also had telepathic powers.

The kids were helped by their father (Richard Vernon) and Squadron Leader Frinton (George Baker, pictured bottom right with the children). 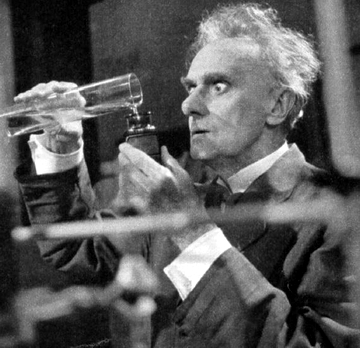 Adapted by Rosemary Hill from T.H. White’s novel, the six-part serial was Southern TV’s most prestigious children’s drama of the 1960s – perhaps ever.

In particular, it assumed a certain IQ on behalf of its audience, not least whether they could understand the philosophical conundrum which eventually faced the junior adventurers Nicky and Judy: should The Master be murdered for the greater good?

Southern had so much confidence in the series that they invested a huge £6,000 pounds per episode and introduced it with a full-colour feature in the TV Times. It paid off, and proved a pivotal moment in children’s television, mixing elements of standard adventure with James Bond type villains and science fiction. 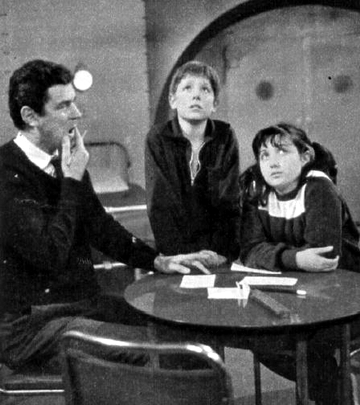