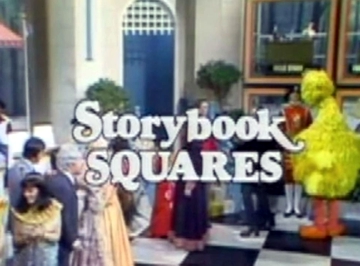 Storybook Squares pitted two young contestants against each other in a game of celebrity tic-tac-toe.

Nine television and movie personalities were lined up in the familiar three-by-three grid, but in Storybook Squares, each was dressed like a famous character from TV, literature or history.

On any given show, the squares might be filled by Soupy Sales as Henry VIII, Jim Backus as Mr. Magoo, Paul Lynde as the Queen from Snow White, Wally Cox as Paul Revere, Abby Dalton as Little Miss Muffet, William Shatner as Star Trek’s James T. Kirk, Marty Allen as Tarzan, and many more.

The game’s format remained the same as Hollywood Squares. 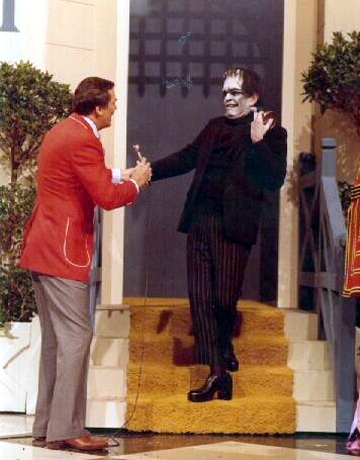 Kids selected one of the celebrity squares, and host Peter Marshall (also the host of the weekday version) asked that star a question.

The contestant had to agree or disagree with the celebrity’s answer, and if the kid was right, he or she won the square. If not, the other contestant’s mark (X or O) filled the square.

Play alternated back and forth until someone got three squares in a row – horizontally, vertically or diagonally – thereby winning both the game and a fabulous prize.

The thrill of competition aside, the show’s real highlight was the celebrity ad-libbing and clever banter between squares, host and contestants.

The answers may not have always been right, but they were often hilarious.

Storybook Squares ended its Saturday morning run after less than a year, but the original Hollywood Squares kept the idea alive well into the 1970s, bringing on kid contestants for special theme weeks once or twice a year.