Produced in New York, this unusual ABC series combined the format of a comedy serial and the Broadway-paced blend of romance, music, comedy and song with stories relating the meeting and courtship of Robert Dickson (Robert Morse), a junior executive with a chalk company, and Gloria Quigley (E.J. Peaker), a beautiful salesgirl. 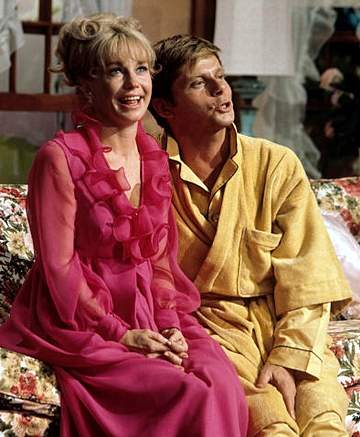 Though set in the (fictional) town of Ridgeville and always featuring Bobby and Gloria, episodes were otherwise relatively unstructured – in a sense, a predecessor of Love, American Style which premiered the following year.

Both shows made heavy use of guest celebrities in cameo roles. For example, the first episode of That’s Life opened with a monologue by George Burns, punctuated by short songs, dances and skits. There followed a dream sequence in which Gloria imagined herself married to Rodney Wonderful (Tony Randall).

Later, back in reality, Rodney arranged a blind date for Gloria and she met Bobby at a discotheque, where the music was provided by the rock group The Turtles.

Their romance began and was followed through subsequent shows as they married, set up housekeeping, had their first child, etc. 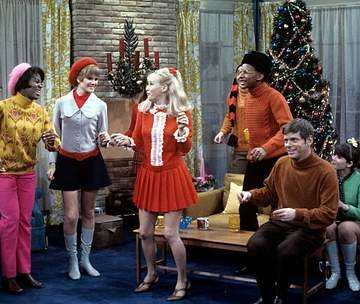 Using monologues, sketches and song and dance routines, the episodes dealt with their marriage, struggles as newlyweds and their attempts to adjust to parenthood when their son, Robert Dickson Jr. was born. 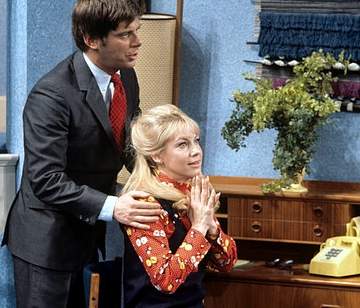