In the 1970s, TV Producers turned from the excess of violence seen in drama series’ of the 60s, to seek other ways of stimulating the audience.

British TV comedy was king during the Seventies, serving up shows like Are You Being Served?, Citizen Smith, Fawlty Towers, Porridge, Some Mothers Do ‘Ave ‘Em, Rising Damp, The Fall and Rise of Reginald Perrin, The Liver Birds and Last of the Summer Wine.

There was also the zany The Goodies and the perennially popular The Two Ronnies. But British comedy would never be the same again after Monty Python’s Flying Circus.

Continuing in the anti-war vein of its filmic namesake, M*A*S*H (starring Alan Alda as Army surgeon Hawkeye Pierce) proved incredibly popular with viewers in the US and around the world, proving that programmes with pronounced liberal themes could still be hugely successful. 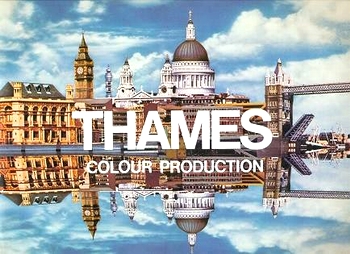 Viewers regularly tuned in to The Sonny & Cher Comedy Hour to see what Cher would (or wouldn’t) be wearing. Originally introduced as a summer replacement variety show, the highly rated series gave the duo’s career a new lease of life.

In Britain, the flagship on the light entertainment front was undoubtedly Bruce Forsyth’s Generation Game, a very popular format which continued on and off for many years, as did the chat show Parkinson featuring Michael Parkinson, who only finally retired in 2008.

In the days before Nickelodeon, kids anticipated every Saturday morning like it was Christmas. Three of the most popular new kids shows in the 70s were all about people (or animals) in rock bands; Josie and the Pussycats, animated forerunners of bands like The Go-Go’s and The Bangles; Lancelot Link, Secret Chimp, a live-action spy spoof starring a cast of chimpanzees who also played in a band called the Evolution Revolution; and The Partridge Family, a sitcom about a family that decided to form a rock band. 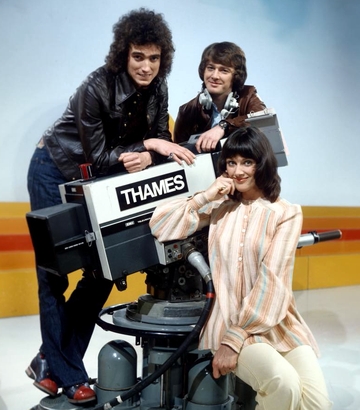 In England in 1972, the government scrapped all restrictions on TV and Radio broadcasting hours. All channels had been restricted to about 3,300 hours a year plus time for educational, religious and outside broadcasts.

The move was ostensibly to compensate ITV for not getting a second channel (in order to compete with BBC1 and BBC2). The ruling on American shows and old movies remained, with a maximum quota of 14% of total air time.

One of the television high-points of the seventies was the 1974 wedding of HRH Princess Anne and Captain Mark Phillips at Westminster Abbey. The home television audience reached 25 million with more than 530 million people throughout the world seeing the transmission through either live relays or delayed broadcasts.

While the coronation broadcast in 1953 boosted the sales of TV sets in the UK, this Royal Wedding can be considered partly responsible for the increase in sales of colour television sets.

Similar colour TV sales increases were also credited to the transmissions of the Queen’s Silver Jubilee in June 1977 when outdoor broadcast units showed the Queen lighting a bonfire at Windsor to start a nation-wide chain of bonfires and covered the Queen’s drive to St Paul’s Cathedral and her walkabout in the City of London.

Most watched television in Britain in the 1970s