This twice-weekly serial from ATV was basically Upstairs Downstairs without the downstairs.

Larkfield Manor in Herefordshire is the ancestral home of the Bourne family. Set in the Depression, the soap opera focussed on the money worries of the family and the quest of the daughters Elizabeth (Sally Osborne), Anne (Jennifer Lonsdale) and Victoria (Susan Skipper) to find suitable male escorts.

The happy, united family knew that another great war would soon bring the world crashing around them, and they were moving inexorably towards crisis and disintegration. 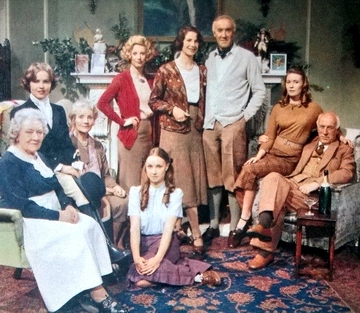 The scene was set for a long-running saga of aristocratic decline, but The Cedar Tree lasted only two years.

Originally aired in the afternoons, the series moved to peak time viewing in 1978 with some cast changes.

The principal part of Arthur Bourne, hitherto played by Philip Latham, was taken over by Jack Watling and newcomer Rosemary Nicols joined the cast as Angela Scott. 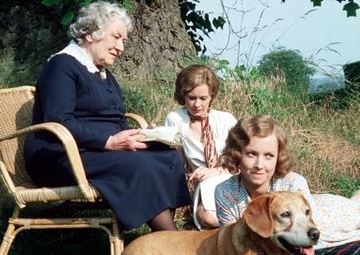