Churchill’s People was, without doubt, the turkey of 1975, although those who wish to be charitable might say that Gerard Savory’s eight-years-in-the-making 26-part series based on Churchill’s History of the English-Speaking Peoples was dogged with bad luck. 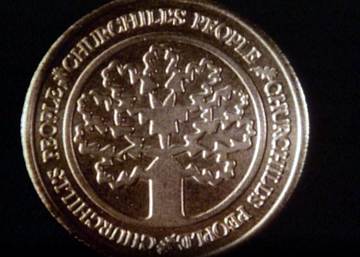 An industrial dispute caused a postponement, which meant the series missed the 1974 Churchill centenary year.

It began (as did the critical slings and arrows) on New Year’s Eve with the first part, life in AD 43, which included the Roman invasion – by an army of two people!

But by then BBC bosses had already surrendered. They’d barely trailed anything of the £1¼ million series and refused to show previews to critics (a sure sign they knew the series was a flop). They scheduled it after the nine o’clock news and opposite ITV’s ratings-topper Public Eye.

Still, on and on, down the centuries Churchill’s People battled, the 800 leading actors, 1,000 extras and 20 directors bravely ignoring the audience’s non-Churchillian V-sign and dismissing claims that their efforts resembled a Women’s Institute pageant in a slightly tatty town hall.

The series was bogged down by cheap sets, confused performances and a dismal over-reliance on expository dialogue. When BBC1’s new controller Brian Cowgill slotted Kojak in front of it some British viewers stayed tuned, perhaps gaining a little history with a giggle, but American viewers couldn’t switch off fast enough.

Dennis Waterman, who played the part of King Harold, fought a personal setback when he really did get something smack in the eye in a field near Hastings. It was nothing to do with the longbow, it was the lace of his cloak.

Dennis – who needed to survive the Norman Conquest in good nick to start thumping thugs again in The Sweeney the following week – required medical treatment, rest and new makeup, all of which delayed the recording of the battle.

Still, the episode ended on the eve of the King’s clash with William The Conqueror, so at least he didn’t have to keep an eye out for anything else.

Pritan | The Lost Island | The Coming of the Cross | King Alfred | The Saxon Dusk | The Conquerors | A Sprig of Broom | Silver Giant, Wooden Dwarf | On the Anvil | The Wallace | Shouts and Murmurs | A Wilderness of Roses | The Whip of Heaven | A Rich and Beautiful Empire | America! America! | March On, Boys! | The Agreement of the People | A Bill of Mortality | The Derry Boys | The Fine Art of Bubble-Blowing | O Canada | Liberty Tree | Mother India | Mutiny | True Patriots All | Death of Liberty