The Double Deckers were Billie, Brains, Sticks, Scooper, Spring, Doughnut and Tiger. They were joined by their street-sweeper friend Albert, played by Melvyn Hayes from Summer Holiday (1962) – his second time on a London bus.

Using a disused London Transport double-decker bus housed in a London junkyard as their HQ, the kids found themselves involved in a constant stream of zany parent-free escapades. 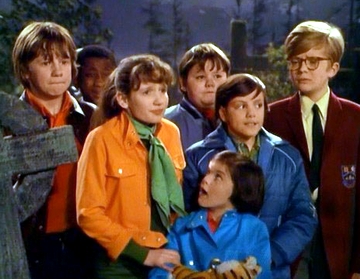 In the opening episode (‘Tiger Takes Off’), building a hovercraft causes problems for the gang when Tiger inadvertently takes it for a spin through town.

In other episodes; Doughnut becomes invisible, the kids make a movie, they visit a haunted house, travel the countryside in a covered wagon, create a robot and perform in front of the Queen.

The series was initially rejected by ITV, only to be snapped up by the American ABC network and then screened in Britain by the BBC.

Of the show’s young stars, only Peter Firth went on to a successful movie and television career (Hunt For Red October, Spooks) although Michael Audreson played Winston Churchill (aged 13) in Young Winston.

Brinsley Forde gave up acting soon after Double Deckers but went on to fame as the guitarist for British reggae band, Aswad.

Douglas Simmonds (the ever-so-slightly plump Doughnut) became a physicist with the UK Department of Health. Melvyn Hayes went on to star in It Ain’t Half Hot Mum. 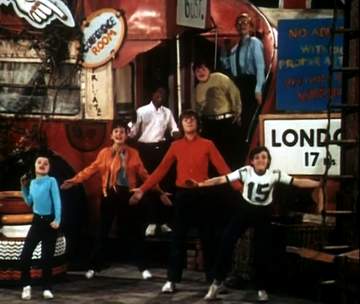 Get on board! Get on board!
Come and join the Double Deckers
Take a ticket for a journey
On our double-decker London bus

Ring the bell (ding! ding!)
Toot the horn (honk! honk!)
When you ride with the Double Deckers
Fun and laughter is what we’re after 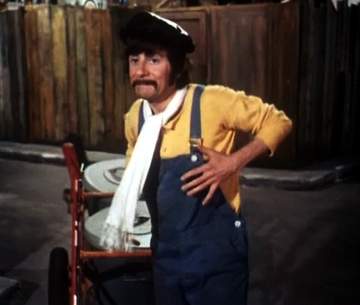 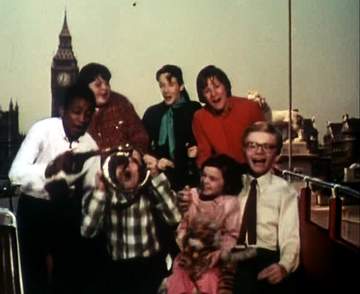