All Creatures Great And Small

James Herriot’s tales of his time as a country vet first appeared on screen in a 1974 movie starring Simon Ward, followed by a sequel, It Shouldn’t Happen To A Vet, with John Alderton in 1976.

For the TV series All Creatures Great And Small, Christopher Timothy was cast as Herriot – a novice vet who joins the practice of Siegfried Farnon (Robert Hardy) and his easygoing brother Tristan (Peter Davison, later to become the fifth incarnation of Doctor Who) in the fictional Yorkshire Dales town of Darrowby in the 1930s.

The countryside around Askrigg in Yorkshire was used to provide the location, but it proved difficult to find farm animals who looked right for the 1930s setting (cows had horns back then).

Right from the start, the actors found out what vets right arms are for: shoving up animals backsides. Christopher Timothy soon learned about getting to know a cow in depth, and several unfortunate cows learned early how easy it is for a novice to take a wrong turning! But luckily, viewers weren’t shown the whole process until the 1988 series – in which the actors seemed to do very little else . . . 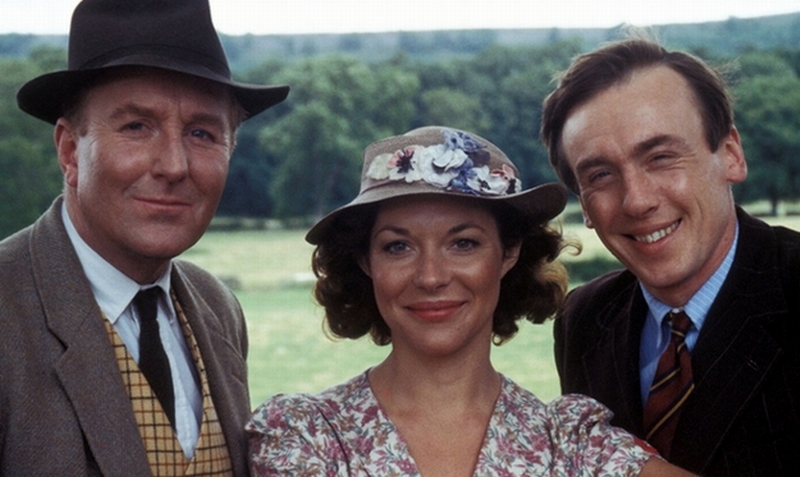 By 1978 the series had become one of the BBC’s biggest successes. It survived the small scandal of Christopher Timothy’s real romance with his leading lady, Carol Drinkwater, and it helped to knock Bruce Forsyth’s Big Night out of the ratings.

American tour companies began running ‘Herriot Country’ trips around Askrigg, and the Pekinese who played Tricki Woo (Mrs Pumphrey’s pampered pooch) had to have a batch of photographs printed to send out to his growing legion of fans.

The programme came to an end in 1980 after three series”, with Herriot and Tristan Farnon heading off to World War II. Two Christmas specials followed in 1983 and 1985, and public pressure succeeded in bringing about a return for the series in 1988.

The war was now over and Siegfried was married. A new vet, Glaswegian Calum Buchanan, had joined the practice and Carol Drinkwater”s Helen Herriot was replaced by Lynda Bellingham.

The sick animals seen in the stories were usually local beasts with injuries courtesy of the makeup department. Sometimes expensive shire horses and foals were tranquillised to look lifeless, with anxious owners looking on. But operations were genuine ones, actually performed (for obvious reasons) by real vets, with the actors filmed doing easy bits. Eddie Straiton, a vet who was friends with the real James Herriot, was the consultant on the series for a long time.

He was reported as recalling only one occasion when an animal was operated on unnecessarily. A mongrel dog had been brought into his surgery to be put down. In the series, James was to operate on a dog which had swallowed a ball. Straiton anaesthetised the dog, cut a part of its throat and inserted a squashed ball for Christopher to remove. The animal recovered completely and was found a new owner, but the scene upset some of the technicians, who claimed it was vivisection. Eddie agreed with them and resolved “never again”. 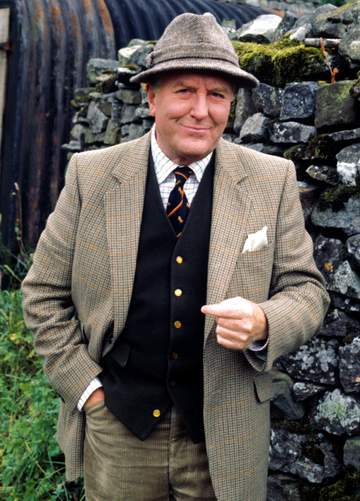 All Creatures Great And Small finished with another high rating Christmas special in 1990.