Duchess Of Duke Street, The

She was nicknamed ‘Duchess’ by her regular clients who included Edward VII, Kaiser Wilhelm and Upstairs Downstairs producer John Hawkesworth, then a young Grenadier Guards officer, whose idea the series was. 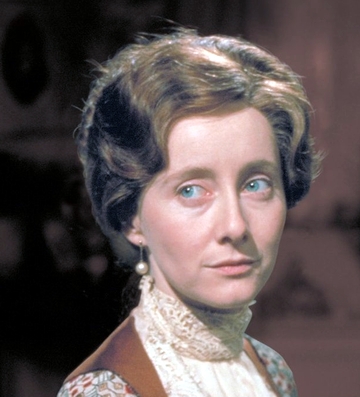 The Duchess Of Duke Street attracted 12 million viewers a week, primarily because of Gemma Jones’s portrayal of the bustling heroine Louisa Leyton (pictured), a gruff, hard-working Cockney girl determined to better herself.

The series began in the year 1900 with Louisa’s arrival as assistant chef to Monsieur Alex in the household of Lord Henry Norton.

There she met sommelier Augustus Trotter and the Honorable Charles Tyrell, who admired her cooking and her ambition.

Deputising for the chef when the Prince of Wales called for dinner, Louisa found herself courted by royalty. Pressurised by the Prince’s supporters, Louisa was badgered into marrying Gus Trotter as the Prince would not consider compromising a single woman, and her career faced ruin if she rejected him.

The Trotters were financially supported and bought the Bentinck Hotel at 20 Duke Street, but the marriage fell apart amid soaring bills and Gus’s heavy drinking.

Louisa worked herself sick to save the hotel but was rescued by Charles Tyrell – soon to inherit the title of Lord Haslemere – who bought up the hotel and employed Louisa to run it. 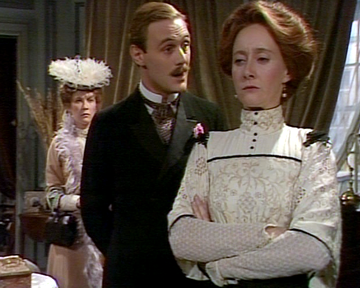 Without her husband’s hindrance, she bustled around, barking out orders, and turned the Bentinck into one of the best hotels in London, with the help of her loyal staff, principally Mary the Welsh maid, Starr the hall porter (and his fox terrier Fred), doddery butler Merriman, and Major Smith-Barton, a penniless military man who worked for his keep by smooth-talking the aristocratic guests.

As the series progressed, personal and commercial calamities befell the staff, most notably Louisa’s pregnancy by Charlie, resulting in baby Lottie who was brought up secretly in the countryside, and reminders of her working-class background that always dogged our heroine.