“Fish” is the nickname of Jimmy Barnes (David Hogarth), a lonely boy with an unsettled background who finds it hard to fit in with the tight-knit community of a Welsh village.

Things begin to change when he and Jimmy Price (Alan Jones) – the closest thing Fish has to a friend – come across a stray dog one night. Fish lies his way into keeping the dog, which becomes something of a local celebrity when it trots into the local shop each day to pick up the newspaper.

Things only start to go wrong when local sheep begin being savaged at night and Jimmy Price realises the attacks began the night Floss (as Fish names the dog) appeared in the village.

When some older boys swap reflector posts on a dark country road, causing a serious accident, the two Jimmy’s succumb to peer pressure and sneak out in the night to change the reflectors back for the boys.

The local bobby is out to catch the culprits but PC Morgan (Hubert Rees) finds only Floss roaming about. Now Floss is believed to be the sheep worrier and her innocence cannot be proved without implicating the boys in the road accident.

When Fish’s father (Jimmy Gardner) threatens to have the dog put down, Fish runs away. Will keeping the boys’ secret place him in danger?

The BBC series aired on Mondays between 8 January and 29 January 1973.

I Am Going To Keep Her | The Dog Must Go | I Need Somewhere To Hide | Fetch The Paper, Floss

Man Who Never Was, The 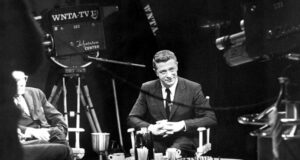 Adventures of The Scarlet Pimpernel, The