In 1978, Yorkshire Television adapted K.M. Peyton’s Flambards trilogy (Flambards, The Edge of the Cloud, and Flambards in Summer) as a 13-part series for television. Both series and books are a keen view of England on the eve of World War I. 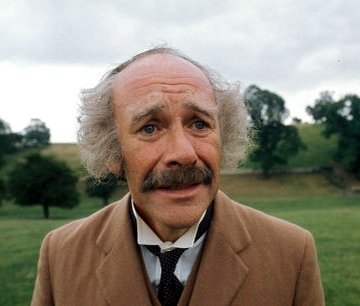 Lively, independent Christina Parsons (Christine McKenna) is orphaned and sent to live with an innumerable series of relatives, until at age 16 she is sent to live at her irascible, crippled and slightly mad Uncle Russell’s crumbling Essex estate, Flambards.

Uncle Russell (Edward Judd) shares the estate with his elder son Mark (Steven Grives) – a bold, rude adventurous young man whose life is devoted to horses and hunting – and younger son William (Alan Parnaby), who is terrified of horses and now lame from a fall at hunting. Three guesses which one Christina falls in love with.

Settling in at Flambards, Christina discovers that William (who loves aeroplanes) disappears daily on mysterious walks. 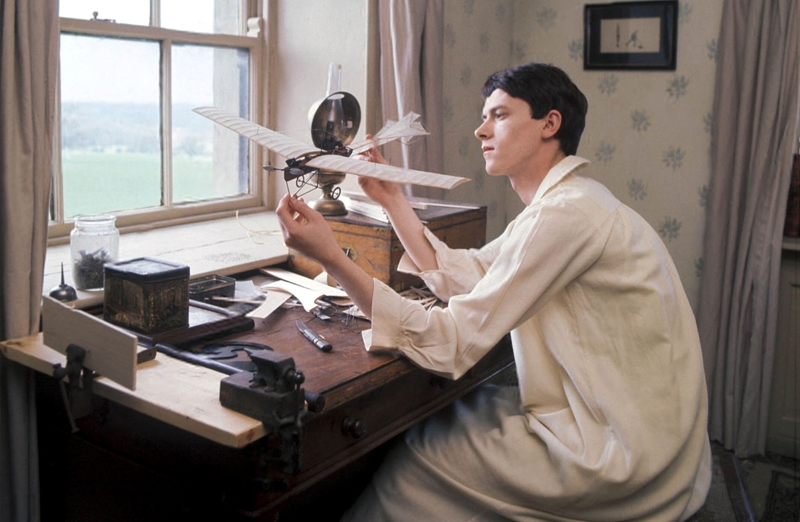 Meanwhile, debt collectors gather regularly at the estate doors, Mark injures Sweetbriar (Christina’s favourite horse) in a hunting accident, and her attempts to add some cheer to her first Christmas at Flambards is met by indifference by everyone except Dick the stable-boy (Sebastian Abineri).

When Uncle Russell orders that Sweetbriar be sent to the slaughterhouse, Christina talks Dick into giving the horse to her and William to hide at the home of Mr Dermot (Anton Diffring), William’s friend who builds and flies aeroplanes.

Mark later discovers Sweetbriar wasn’t destroyed and Dick is fired, leaving Violet (Gillian Davey) as the sole means of support of their invalid mother (Sally Sanders). When Christina visits the Wright’s cottage and finds them in dire straits, she tries to steal food from the house to help them but is thwarted by Mark. 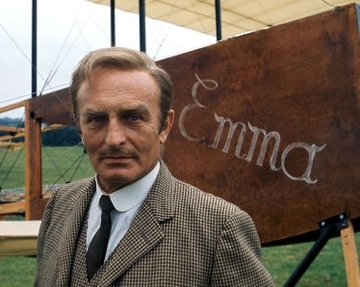 Meanwhile, on the day of King George’s coronation, William takes his first trip in “Emma,” Mr Dermot’s newest flying machine, and Violet is now dismissed from Flambards also, forcing Dick to join the army to survive.

Mark then enters the local point-to-point horse race on his expensive new horse and Uncle Russell stakes a lot of money on him, hoping to solve the Flambards’ financial troubles.

The race is ruined when William flies “Emma” over the course.

Uncle Russell is furious and plans to send William to his brother in Canada, but he escapes, intending to look for a job designing aeroplanes near London. Like all good romantic heroes, he takes Christina with him . . .

Now Christina is stuck in Battersea at Aunt Grace’s house while William looks for work. Unfortunately, his bad leg and lack of accreditation do not help matters. Meanwhile, Aunt Grace (Olive Pendleton) insists that William get a job before Christina can even think of marrying him.

Will eventually secures a job as a mechanic at an airfield called Elm Park, thanks mainly to the efforts of Sandy (Peter Settelen), a friend he has made. Christina meets Sandy’s girlfriend, Dorothy (Carol Leader), who is a free-spirited young lady (Sandy is teaching her to fly).

To remain near William, Christina takes a job at the Chase Hotel, in training to be a receptionist. William sees a doctor about fixing his knee, meanwhile, as it severely restricts his flying ability. 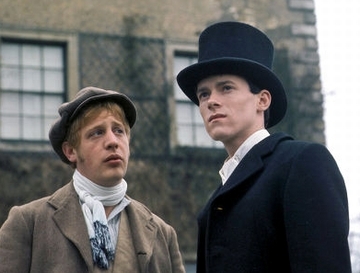 Mr Dermot dies, and after attending his funeral, William is turned away by his father when he tries to visit Flambards. He returns to Elm Park in “Emma,” which Mr Dermot has left to him in his will.

William has surgery to repair his knee and to help pay the doctor’s bill, he and Christina fly a Bleriot to France over the Channel. William brings back a magazine from France which describes a spectacular flying stunt.

He attempts the loop-the-loop, and when he is successful he persuades Mr Adams (John Ringham) to keep him as a training pilot while Sandy becomes a stunt flyer, bringing in more money for the Adams Flying School.

Mark interrupts the celebration of Will and Sandy’s new flat with the news that Uncle Russell has died.

Although Aunt Grace is disapproving when William doesn’t attend the funeral, she still gives William permission to marry Christina. Unfortunately, tragedy strikes the day William is to exhibit his new plane, the “Dermot,” to an aircraft manufacturer, and Sandy is killed.

Following Sandy’s funeral, and with the outbreak of WWI, William joins the Flying Corps.

After 2½ years away, Will returns for some (long-overdue) leave, only to learn that his brother Mark is missing in action and presumed killed. William is then killed himself soon after returning to duty. 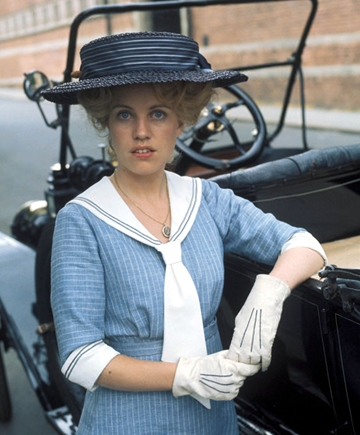 Now widowed (and pregnant) Christina makes a nostalgic visit to a deserted Elm Park before deciding to return to Flambards and restore the estate to working condition with her recently inherited money.

Dick returns home, invalided out of the army by injury and tuberculosis, and Christina offers him the job of running the estate – a job he finally accepts.

Following the birth of daughter Isobel, Christina returns to supervising the farm work, and with Dick’s help, they celebrate their first albeit small harvest with a joyous dinner – one that is rudely interrupted by the return of Mark, not dead, just released from a prisoner of war camp.

He and Dick immediately become enemies once more, and Mark’s proposes marriage to Christina. She turns him down, realising she may have to leave Flambards if she wants to stay with Dick.

Mark’s illegitimate child (Tizzy) sets the barn afire and Mark and Dick fight side-by-side to save the estate.

Ultimately, Mark’s lawyer reveals that Flambards is so deep in debt that the only way to save it is for Christina to buy it and own it outright.

Christina marries Dick, Mark marries Dorothy (Sandy’s ex) and they all live happily ever after.

K.M. Peyton later wrote a sequel to the series, Flambards Divided, dealing with the marriages of Christina and Dick and Mark and Dorothy. For those who loved the romantic ending to both series and trilogy, the sequel may come as a jolt!

Arrival | The Blooding | Entry to A New World | Lady Bountiful | Point to Point | The Cold Light of Day | Edge of the Cloud | Flying High | Sing No Sad Songs | New Blood | Prisoners of War | What are servants for? | Inheritance