On The Move was a highly successful BBC TV series designed to help those who found it difficult to read and write in 10-minute episodes on Sunday evenings.

The programme debuted on 12 October 1975 and was a great example of television being used not merely as entertainment.

The title sequence had no text, just the jaunty theme song- sung by The Dooleys – and a delivery van with a large arrow on the side.

The van was driven by delivery men Bert and Alf, played by Donald Gee and – in his first major television job – Bob Hoskins.

Hoskins sympathetically portrayed Alf’s frustration and embarrassment about how his reading and writing difficulties affected his everyday life.

Bert and Alf’s sequences were written by Barry Took and showed Alf bantering with his mate and making steady progress to improve his reading. 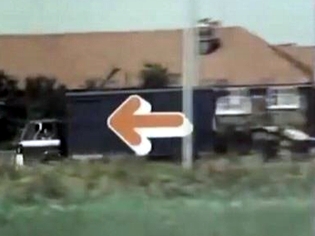 Every episode featured an inspiring interview with someone whose life had been transformed after taking adult literacy classes, but the entertainment factor was kept up with appearances from guest presenters. In the first week it was Polly James. Subsequent weeks featured stars such as Patricia Hayes, Martin Shaw, Rosemary Leach, Gay Hamilton and Nigel Stock.

The series attracted 17 million viewers as Alf’s made progress after getting help to improve his literacy skills. The success of On the Move prompted over 70,000 adults to look at improving their literacy, calling the helpline number given out at the end of the programme.