Number 96 debuted on Monday 13 March 1972 with the proclamation, “Tonight at 8.30 pm, television loses its virginity” and became the most popular programme on Australian TV within one year, screening every weeknight in all capital cities and on almost every regional station.

The sex and sin soapie created a sensation – and became a ratings juggernaut – because it dealt graphically with homosexuality, adultery, drug and alcohol addiction, promiscuity, domestic violence, prostitution, insanity, rape, and lots and lots and LOTS of sex – hence why it was shown in an “adult” time slot (five nights a week at 8:30 pm).

The series told the story of a group of neighbours living in a (fictional) block of apartments at 96 Lindsay Street in the inner-city Sydney suburb of Paddington, with two shops downstairs – a delicatessen and a wine bar (formerly a chemist shop). All actual external shots were filmed outside an apartment block at 83 Moncur Street, in the Sydney suburb of Woollahra. All internal scenes were filmed in a studio.

Best of all were the storylines relating to the “knicker-snipper”¹ (who terrorised female inhabitants of the block of flats by snipping pieces from their underwear with a pair of scissors) and the “pantyhose strangler”². Both scenarios kept viewers tuned in for months – as did the “hooded rapist”³ storyline.

Abigail (pictured at right with Joe Hasham) – as the pouting and virginal Bev Houghton – became a household name overnight as the shows premier sex symbol, while Elaine Lee as Vera Collins was destined to be unlucky with a long string of sexual partners.

Number 96 featured Australian TV’s first full-frontal nude – by Miss Hemingway (Deborah Gray) – and made history by introducing the first images of gay males on Australian screens (at a time when homosexuality was illegal across the country) via the relationship between young solicitor Don Finlayson (Joe Hasham) and his flatmate, old movie fan Dudley “Duddles” Butterfield (Chard Hayward). The show was careful to paint Don in a positive light and by depicting a likeable, relatable gay man (often dating and in love) at a time when the media demonised them as perverts, Number 96 helped change opinions and fuel conversations throughout Australia’s living rooms.

Dudley was eventually revealed to be bisexual and embarked on relationships with women until he was shot dead in 1977 (after Hayward decided to leave the series).

But there was much more to the series than just sex. In particular, there was a great deal of comedy, mostly centred around scatty concierge and “Why wasn’t I told?” queen of the malapropism, Dorrie Evans (Pat McDonald who won the 1974 Gold Logie for her portrayal). Number 96 became the #1 show on Australian TV but by 1975 the show had slipped to sixth position and the producers pulled out all stops to lure the viewers back. Having already exhausted most storylines (bigamy, rape, Nazi war criminals etc) it was decided to “get rid of them”.

The writers decided to kill off six of the regular characters by having a bomb go off in the block of flats. The multi-viewpoint split-screen effects they used for the final moments before the explosion as Les Whittaker ran through the block vainly attempting to warn everyone were ground-breaking at the time although seem extremely crude in retrospect. 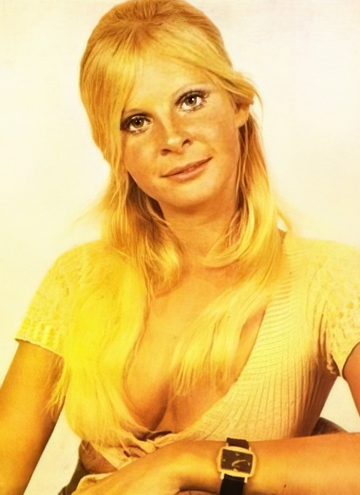 As the season cliffhanger, it was left open-ended who had actually died and who survived, relying on viewers letters to decide the fate of the characters. The identities of the dead remained a mystery for weeks.

Eventually, shopkeepers Roma and Aldo Godolfus and inventor Les Whittaker were found to have moved on to more heavenly accommodation, along with Miles Cooper (Scott Lambert).

Killing off Les Whittaker proved to be a mistake, so producers brought Gordon McDougall back from the dead as his own long-lost Scottish brother, Frank, and devised a romance between him and Les’ widow, Norma.

Storylines became increasingly unrealistic: For example, in the space of just eight months, Don Finlayon’s ward Debbie Chester (Dina Mann) became a drug addict, attempted prostitution (unsuccessfully), found out she was illegitimate, saw both her parents taken by a man-eating shark, was taken hostage by gangsters, found a murder victim, survived a murder attempt, nearly burned to death and had her sister go insane . . .

The melodrama continued until Number 96 finally shut the door on its groundbreaking run, with the final episode airing on 11 August 1977. The long-running series ended with “Mummy” Edie MacDonald beginning her latest novel. She sits at the table in her flat, puts a blank sheet of paper in her typewriter and begins typing: 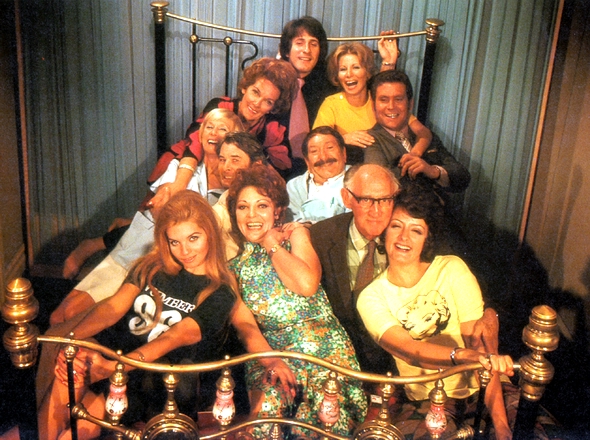 A 1974 feature film of Number 96 was memorable for (amongst other things) the rape of Vera Collins (again). This time by a bikie gang. 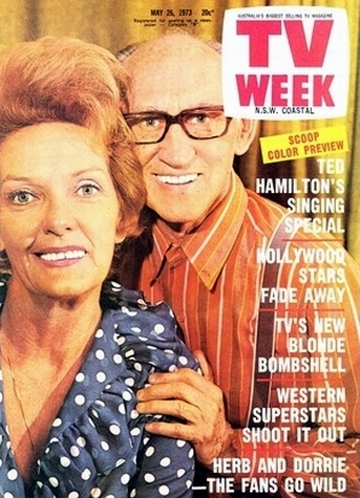 In 1980 an American version of Number 96 was made, starring Ellen Travolta and Greg Mullavey. Produced as a comedy by NBC, it bore absolutely no resemblance to the original and was exceptionally weak. 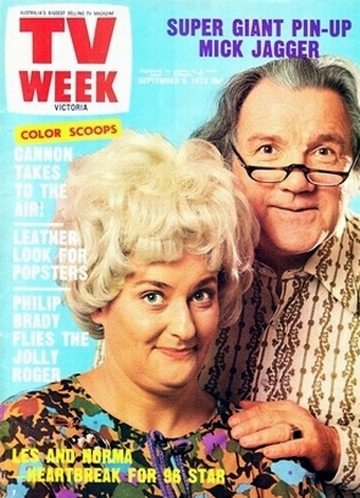 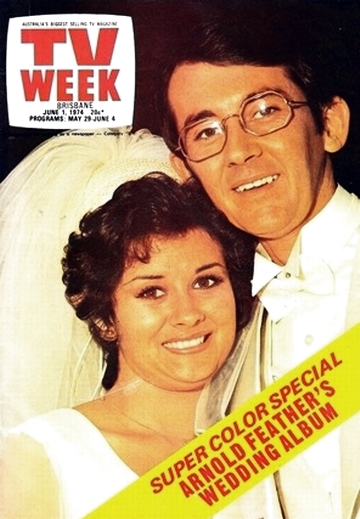 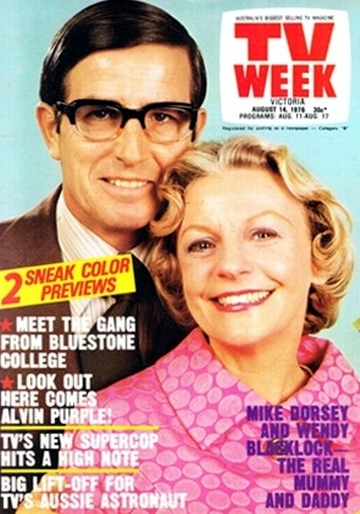 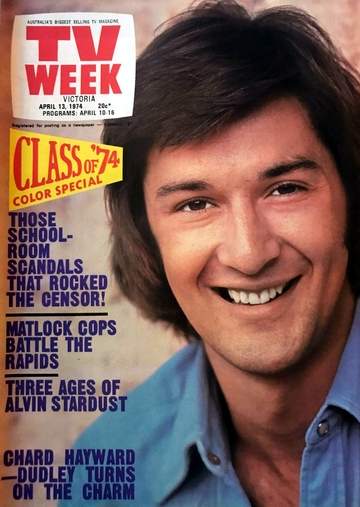 ¹ The knicker snipper turned out to be Janie Somers’ boyfriend, Alan Cotterell (played by Abigail‘s real-life fiancé at the time, Mark Hashfield).

² Nurse Tracy Wilson (Chantal Contouri) was eventually identified as the pantyhose strangler when she was discovered by Marilyn MacDonald (Frances Hargreaves) late one night in the local laundrette.

³ After a few residents are mistakenly believed to be the hooded rapist (including Dudley Butterfield and Giovanni Lenzi) it is ultimately revealed to be Lenny Fisher (Terry Peck), the weedy and nervous employee of Norma’s Bar.