Not to be confused with the 1960s American series of the same name, this British Saturday night anthology series presented self-contained twist-in-the-tail stories with the genres ranging from murder mystery to suspense to psychological and supernatural horror.

The British performers included many of the leading lights of the 1970s – including Robert Powell, John Le Mesurier, Patrick Troughton, Helen Mirren, Diana Dors, Hayley Mills, Charles Gray, Judy Geeson, Denholm Elliott, Jenny Agutter and Brian Blessed – and almost every episode featured imported American guest stars, which helped ensure it became one of the few British series to have achieved success in the USA, where it aired under the title of ABC Mystery Movie. 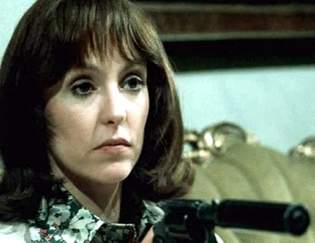 Brian Clemens (most well known for his work on The Avengers and The Professionals) created the series, wrote 38 of the episodes and provided the outlines for all of them. His writing was first-class, and well-supported by guest writers such as Terence Feely.

Lady Killer | Possession | Someone At The Top Of The Stairs | An Echo Of Theresa | The Colour Of Blood | Murder In Mind | A Place To Die | File It Under Fear | The Eyes Have It | Spell Of Evil | Only A Scream Away | Once The Killing Starts | Kiss Me And Die | One Deadly Owner | Ring Once For Death | K Is For Killing | Sign It Death | A Coffin For The Bride | I’m The Girl He Wants To Kill | Death To Sister Mary | In The Steps Of A Deadman | Come Out, Come Out Wherever You Are | The Next Scream You Hear | Screamer | Nurse Will Make It Better | Night Is The Time For Killing | Killer With Two Faces | A Killer In Every Corner | Where The Action Is | If It’s A Man – Hang Up! | The Double Kill | Won’t Write Home Mom – I’m Dead | The Crazy Kill | Good Salary – Prospects – Free Coffin | The Next Voice You See | Murder Motel | Sleepwalker | The Next Victim | Nightmare For A Nightingale | Dial A Deadly Number | Kill Two Birds | A Midsummer Nightmare | Death In Deep Water