Break In The Sun

Based on a novel of the same name by Bernard Ashley, Break In The Sun told the story of a young girl called Patsy Bligh

Patsy (Nicola Cowper) hates her new Deptford (South London) flat and her cruel, lazy stepfather, Eddie (Brian Hall). She would rather be back with the grandmotherly Mrs Broadley (Kathleen Heath) in the little house behind the amusement park in Margate. 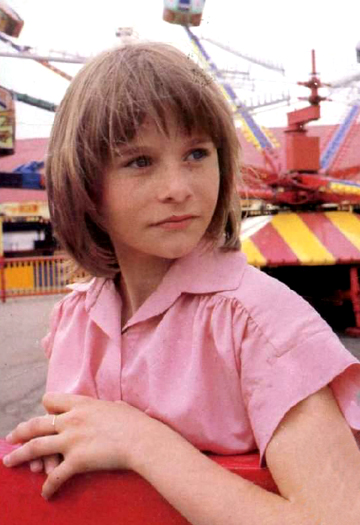 So Patsy runs away from home, joining a travelling acting troupe on an old boat on the Thames.

Pursued by Eddie and her portly, ginger pal Kenny Granger (Kevin Taffurelli), much of the series concerns Patsy’s attempts to stay ahead of her vicious stepfather.

She eventually turns up at Mrs Broadley’s house in Margate – where she used to live with her mother Catherine Chase) – only to find that the old lady has recently died.

Kenny finally opens Eddie’s eyes to the gruesome truth that he’s to blame for all of Patsy’s shenanigans, and the two eventually develop a mutual respect for each other.

The theme music, Reflections, was by John Renbourn. It appears on his album The Guitar Of John Renbourn (1977).