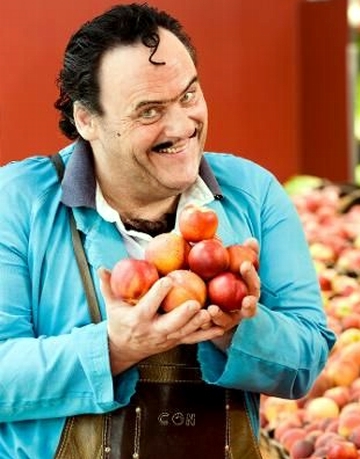 Originally airing on Tuesday nights, it was moved two months later to Sunday nights where it went head-to-head with current affairs heavyweight 60 Minutes.

The series scooped every major award and produced a flood of spin-off books, records, merchandising and, naturally, imitators.

The heart of the programme was the line-up of regular characters including Con the Fruiterer (pictured at left) – “A cuppla days” – and his wife Marika and their never-seen six daughters Roula, Toula, Soula, Voula, Foula and Agape.

Other regulars included David Rabbitborough, Uncle Arthur (an old age pensioner, Freemason, Rotarian, keen gardener and deaf as a post), and Colin Carpenter – permanently unemployed, forever on the dole, and constantly bewildered by the complexities of everyday life – who appeared each week in their own segments, amongst topical sketches and TV parodies.

Perhaps the most controversial and most popular character was the surly schoolgirl-with-attitude, Kylie Mole (pictured below).

The gum-chewing, school-hating teenager with the in-your-face attitude became a cult figure to millions of teenagers and her catchcry “She goes… she goes… she just goes” rapidly became a household phrase. So excellent! 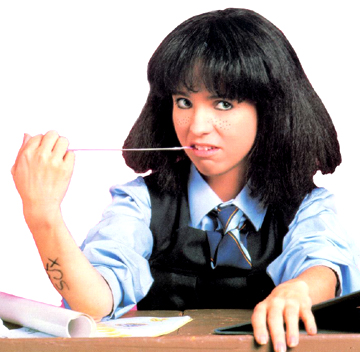