In 1985 the BBC launched what it saw as a British version of Dynasty with the £3 million yachting saga, Howards’ Way.

It told the story of Tom Howard (Maurice Colbourne) who began designing boats after being made redundant from his job in the aircraft industry and bought into the Mermaid Boatyard, run by Jack Rolfe (Glyn Owen), one of the least-convincing drunks in the history of television. 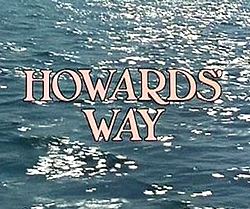 Tom was about as wooden as Jack’s boats, so it came as no surprise when wife Jan (Jan Harvey) had a fling with ghastly medallion-man Ken Masters (Stephen Yardley).

For a woman with the brains to set up her own business, Jan Howard displayed an appalling lack of taste in men. She went on to have a romantic liaison with the near-geriatric Sir Edward Frere (Nigel Davenport) who bore a remarkable resemblance to Sam the Eagle from The Muppet Show.

Claude (pronounced ‘Clod’) was promptly mown down by a speedboat while water skiing. 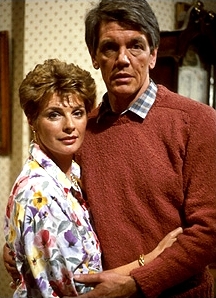 The other member of the clan was Tom’s mother-in-law, Kate (Dulcie Gray), a compulsive gambler but also an absolute treasure, prepared to help out any time, any place, anywhere. When she did a stint in Jan’s clothes shop, one critic dubbed her ‘the world’s oldest boutique assistant’.

As well as many on-screen romances, Jan Harvey and Stephen Yardley became more than just good friends, as did Tracey Childs and Tony Anholt who played super-smooth tycoon Charles Frere.

Stephen Yardley revealed that it took a lot to make Ken Masters look tacky. Ken’s clothes were bought in Savile Row and his shirts were specially made, but they were then deliberately put together in the worst possible style. Yardley based ken on someone he met in a bar in Benidorm.

The setting for Howards’ Way was the fictional town of Tarrant – in reality, the yachting community of Bursledon on the River Hamble in Hampshire.

The Mermaid Boatyard was in truth the Elephant Boatyard, whose owner Tom Richardson was paid £6,000 a season for filming at his premises.

Hampshire doubled for places all over the world as Howards’ Way fought to keep within budget. 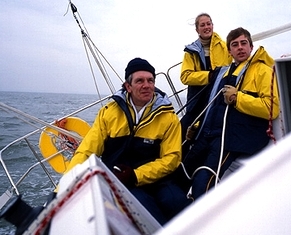 Southampton Town Hall became a Swiss bank, Rhode Island was recreated at Warsash on the River Hamble, and Claude and Lynne’s romance on the QE2 was filmed partly on the Isle of Wight ferry and partly on a decidedly unglamorous dredger in the Solent.

Bursledon railway station became Tarrant on filming days. On one such day two elderly women passengers got out of a train but, on seeing the Tarrant sign, thought they were in the wrong place, got back on the train and journeyed on.