Screened in the UK between 1989 and 1993, Prisoner: Cell Block H was low-budget late-night Australian jailhouse schlock set in the (fictitious) all-women Wentworth Detention Centre in Melbourne.

Life at Wentworth was never going to be rosy. There were tears, body searches and many a hand slammed in the steam press. 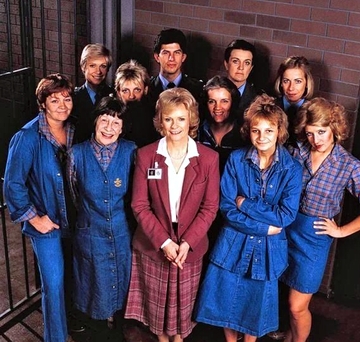 Screened simply as Prisoner in Australia (the title was elongated for the British and American markets to avoid confusion with McGoohan’s The Prisoner), the show was that country’s most successful TV export (it was syndicated to 16 countries).

The series was conceived by the Grundy Organisation for Network Ten and showed the grim lives of Wentworth’s female inmates and was considered raw, powerful television in its time.

Reg Watson, in the senior ranks of Grundys, had just returned from Britain where he had been one of the originators of the long-running serial Crossroads.

In 1978 he set out to devise a serial set in a women’s prison, in the context of considerable public attention being given in Australia to prison issues generally and to the position of female prisoners in particular.

The show dealt with lesbianism, incest and other topics new to the box as the jailbirds fought against the world and among themselves to be ‘Top Dog’, a mantle most memorably grasped by the tough (but soft-centred) Bea Smith.

Later, fans grew to appreciate the sheer camp value of the wobbly sets, overwrought delivery and vicious lesbian warden, Joan ‘The Freak’ Ferguson (Maggie Kirkpatrick) – one of the great television bitch figures of all time. 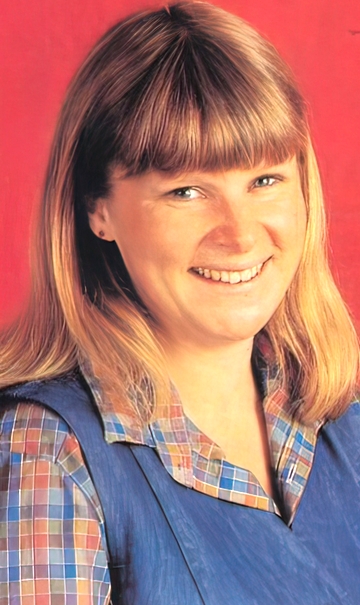 The continuing power struggles were part of the attraction of the series. As the tough, no-nonsense leader of the prisoners, Bea Smith, Val Lehman, in particular, won great popularity with fans.

Australia’s longest-serving female prisoner, murderess Sandra Willson, acted as series advisor, and Watson and his team at Grundys interviewed women in prison as well as prison officers. Later some of the actors also visited women’s prisons.

Notice was taken of prison reform groups, whose desire for a halfway house for women was incorporated into the programme.

The show did not eschew violence or sensation. The first few scripts featured a fatal stabbing, a suicide, a hanging and an assault with a hot iron.

Bullying, tattooed lesbian Franky Doyle (Carol Burns) – a former biker in for nine years for armed robbery – regularly slugged it out with Bea Smith and The Freak.

Even the most sweet-natured inmates had terrifying pasts. Frail, chain-smoking serial escapee Lizzie Birdsworth (Sheila Florence) had poisoned four sheep shearers with arsenic when they insulted her cooking, beautiful schoolteacher Karen Travers (Peta Toppano) had stabbed her husband to death – and was the unwilling object of Franky Doyle’s desire, and winsome country girl Lynn Warner (Kerry Armstrong) had been convicted of kidnapping a baby and trying to bury him alive, which made her a target of victimisation from the other prisoners.

Doreen Anderson (Colette Mann, pictured above) – who sucked her thumb – was in for forgery and paired off with the rebuffed Franky. 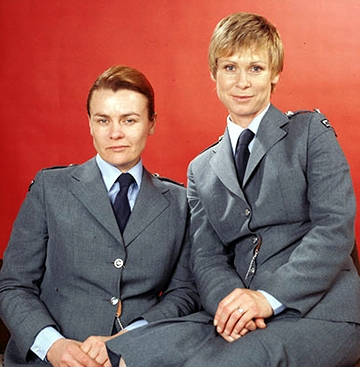 The staff were almost as colourful, from authoritative and open-minded Governor Erica Davidson (Patsy King) to second in charge warder Vera “Vinegar Tits” Bennett (Fiona Spence), the head ‘screw’ who had a hand of steel and an acid tongue, and kindly warder Meg Morris (Elspeth Ballantyne).

Meg was the only original cast member to last the whole five years.

During that time she suffered a whole series of ill-treatment including; the fatal stabbing of her husband by inmate Chrissie Latham (Amanda Muggleton), a knifing, a shooting, a pack-rape by female inmates and being locked inside a booby-trapped building about to explode.

The series was shot in the ATV Channel 10 studios in Melbourne with the exterior shots filmed in the car park and back lots of the station. Wentworth Detention Centre was based on a combination of the Silverwater Women’s Correctional Centre in Sydney and HM Prison Fairlea in Melbourne (the first all-female prison in Victoria).

Critics complained that the serial lacked the realism of the recent London Weekend series Within These Walls. This criticism assumed that realism was relevant to the series.

Even though the gates clanged shut for the last time on 11 December 1986, the show still enjoyed a cult following in the UK, which honoured Prisoner with a West End musical in 1995, and in Germany, where the high-rating Hinter Gittern (“Behind Bars”) recycled Prisoner scripts. I wonder how “Bugger off, Doreen” translates into German?

In 2013, Wentworth Prison – a gritty reimagining of the series – gave several popular characters from the original show a modern reworking.