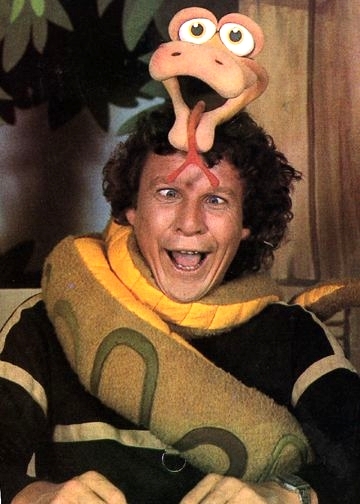 They were joined by a cast of characters including Norm the Kangaroo, Ol’ Possum, Claude the Crow, Stanley the Snake, Green Finger the Garden Gnome, Yippee the Bunyip, Bartholomew the Sheep and a band of monkeys.

Franciscus Henri appeared in the show as a regular, both as himself presenting musical segments and as Professor Henri in comical sketches.

The show aired five afternoons a week on Channel 7.

Strachan went on to be a regular presenter on the home makeover series Our House where he resurrected skills from his pre-Skyhooks carpentry trade.

He was killed in a helicopter accident on 29 August 2001.