Tales of the Gold Monkey

Jake Cutter (Stephen Collins) was a handsome cargo pilot and soldier of fortune who flew a Grumman Goose seaplane in the Marivella Islands in the South Pacific in the 1930s.

Spies and schemers of many nationalities were found throughout the islands, especially in the languid port of Bora Gora, the location of the elegant Monkey Bar that was run by Bon Chance Louie (Roddy McDowall), a dapper and devilish Frenchman. 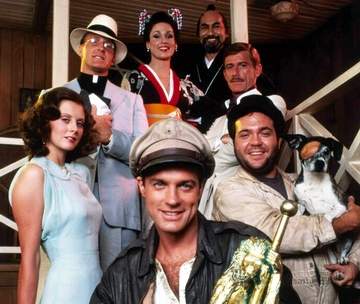 From this romantic setting, Jake set out on a new adventure each week, rescuing kidnapped travellers, recovering stolen booty, and foiling the German and Japanese spies who infested the area.

Jake had two sidekicks, his loyal but frequently inebriated mechanic, Corky (Jeff MacKay), and a one-eyed terrier named Jack (who never would forgive Jake for gambling away his jewelled glass eye).

Sarah White (Caitlin O’Heaney) was the willowy, contrary American singer at the bar, whose attraction to Jake kept getting in the way of her real purpose – she was an American agent keeping an eye on things in the islands.

Others in the colorful cast were Rev. Willie Tenboom (John Calvin), a pompous Dutch minister who was really a German spy; Princess Koji (Marta DuBois), a beautiful Dragon Lady who maintained a large fleet of trading ships at Matuka in the Japanese sector of the island chain; and Todo (John Fujioka), the fierce Samurai commander of the princess’s private army. 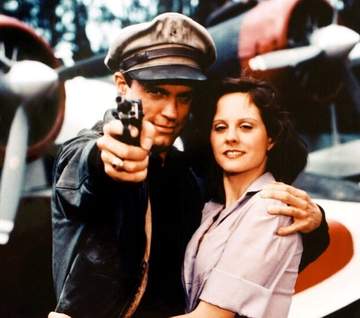