Deborra-Lee Furness starred in this 10-part ABC drama series as Louisa Correlli, a clinical psychologist who has recently re-entered the workforce and is working as a counsellor at Blackstream – a maximum-security all-male prison. 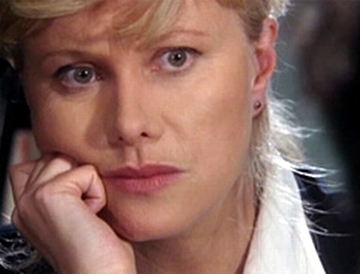 Correlli’s home life is in a state of hectic confusion.

She is emerging from a failed marriage, has two teenage children, and her immediate superior at the prison, Sam Mantelle (Richard Piper) is a former lover.

Something happened to Kevin during his transfer, and Louisa tries to help him remember. To Officer Ben Costa (William Zappa), Jones represents the ghost of misery past.

After meeting on the set of Correlli, Hugh Jackman and Deborra-Lee Furness married in April 1996.