Forensics expert Guy Hanks (Bill Cosby) is a widower who lives at Apartment 3F, 610 West 110th Street, in Manhattan. He has been with the NYPD for 19 years when he wins a $44 million lottery jackpot and decides to retire.

Hanks combines his keen sense of deductive reasoning with the latest lab equipment to assist when there are no obvious clues, no suspects and no leads in a homicide case. 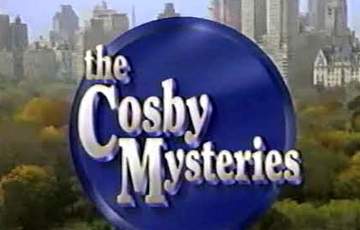 Oona David (Alice Playten) is Guy’s original housekeeper. She has been working for Guy for 20 years and longs to be an actress. She is later replaced by Angie Corea (Rita Moreno).

Adam Sully (James Naughton) is a detective with the 15th Precinct who works with Guy. Barbara Lorenz (Lynn Whitfield) is the physical therapist Guy visits after he is shot in the arm, with whom he eventually becomes romantically involved.

The NBC series did not do well initially, which prompted a five-week lay-off while Cosby and Co fine-tuned the show (and the formula).

The Lottery Winner Murders | Our Lady of Cement | Self Defense | Only You | One Day at a Time | Home, Street Home | The Fine Art of Murder | Expert Witness | Mirror, Mirror | Camouflage | Last Tango | Comic Book Murder | Baker’s Dozen | The Hit Parade | Big Brother is Watching | The Medium is the Message | Goldilocks | Dial H for Murder