Dharma Finkelstein (Jenna Elfman) is Jewish and Greg Montgomery (Thomas Gibson) is Episcopalian. They are complete opposites who fall in love at first sight, immediately marry and set up house in San Francisco.

Stories relate the efforts of the mismatched couple to adjust to each other.

Dharma formerly worked as a blackjack dealer, NASCAR pit crew girl, mermaid in a Florida theme park and waitress at Jerry’s Rice Bowl. She now trains dogs during the day and teaches yoga classes at night. 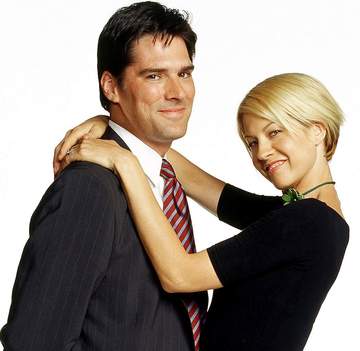 As a kid, Dharma had a dog named Doobie and now has one named Stinky (Stinky has his own dog, Nunzio, which Dharma gave to Stinky for his Bar Mitzvah!).

Greg is a conservative Attorney for the Justice Department in San Francisco and attended Harvard University. At the age of 18 he was the youngest delegate ever to attend the Republican National Convention. He also has an obsession to be right about everything.

Dharma’s parents, Larry Finkelstein (Alan Rachins) and Abby O’Neill (Mimi Kennedy) are liberals who live like flower children of the 1960s. They are “engaged” but not married as Larry is opposed to marriage.

Larry once worked as a rodeo clown (but quit when he could no longer taunt bulls) and fears the government is looking for him for protesting the Vietnam War.

Abby is a licensed aroma healer whose hobby is painting in the nude. She depends on the zodiac to guide her life. They have a pet goat (called ‘Goat’), drive an old ice cream truck, and attend a couples’ retreat each year. 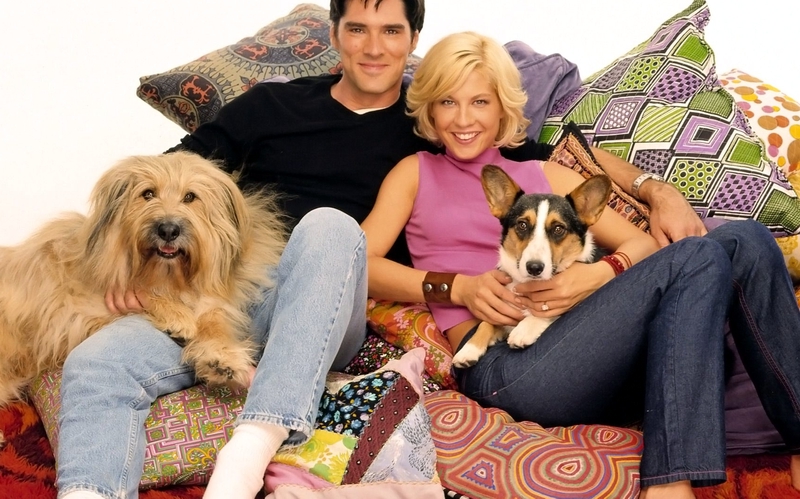 Kitty and Dharma are members of the Women’s Charity Committee. To please Kitty, Dharma has changed her wardrobe slightly – she now wears a bra so as not to embarrass Kitty at social functions.