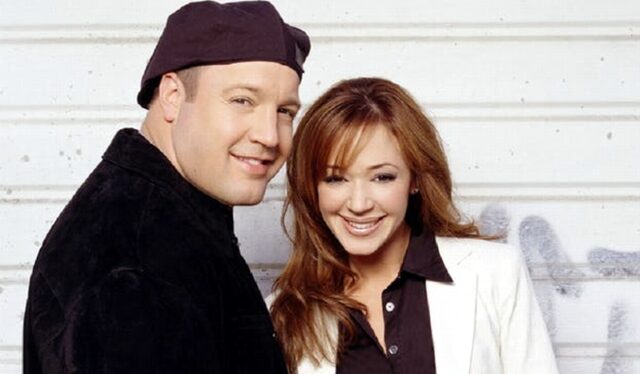 Leah Remini played his attractive (but grouchy) wife, Carrie, who worked as a secretary at the upscale law firm of Haskell and Associates (later called Kaplan, Hornstein and Stickler) in Manhattan. She later worked for a real estate company called The Dugan Group.

Doug’s favourite pastime was hanging out with his buddies Deacon (Victor Williams), Spence (Patton Oswalt) and Richie (Larry Romano) in the basement of his house.

But his hangout was taken over by Carrie’s widowed 75-year-old father, Arthur (Jerry Stiller) – an obnoxious and sarcastic man who was difficult to get along with (“Do you want a piece of me?”) and refused to move to a retirement home.

Deacon worked with Doug at IPS and was separated from his wife, Kelly. Spencer was a subway toll booth operator at the Queens Plaza Station. He was single and shared an apartment with Richie (his TiVo ‘thought’ he was gay and automatically recorded TV shows that were geared toward gays.) He had a dog named Alan. Veronica (Anne Meara) was Spencer’s mother.

Doug’s cousin, Danny, was a not-so-great landscape artist who ran a company called The Garden of Weedin’. Holly (Nicole Sullivan) was a dog walker who Carrie hired to ‘walk’ Arthur so he could get his daily exercise.

In the last episode, Doug and Carrie adopted a baby Chinese girl (Ling Mai) at the same time Carrie (who was told she could not have children) became pregnant.

Doug had quit his job with IPS and was now working as a salesman for Finelli Home Furnishings, and in a flash-forward sequence (one year into the future), Doug and Carrie were seen as the parents of two children.

Arthur in the meantime had married Spencer’s mother, Veronica

1 9 7 2 - 1 9 7 3 (UK) 22 x 30 minute episodes Arch-bumbler Harry Worth successfully confused a variety of people including his neighbours, his doctor, his bank manager, policemen by the dozen and his...

1 9 8 8 (UK) 6 x 50 minute episodes When her father dies, Chrissie Buchan (Patricia Kerrigan) inherits the position of manager of Real Falkirk - his Subbuteo football team. While Chrissie is determined to follow in the...