This cop show with heart – and an attitude – featured two buddy undercover cops in New York – Latino detective Eddie Torres (Michael DeLorenzo) and black detective JC Williams (Malik Yoba) – who dealt with young car thieves and other low-life individuals while at home they tried to cope with the stresses of their personal lives.

JC had a son by former girlfriend Chantal (Fatima Faloye) and maintained a close relationship with her because he wanted “G” (George Gore II) to grow up straight. His current girlfriend, Sandra (Michael Michele) was a successful attorney. 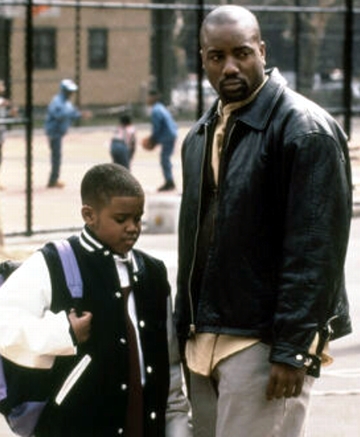 Baby-faced Puerto Rican Eddie had never been married and dated a lot of women. He and his sister, Carmen (Lisa Vidal), tried to look out for their dad, Mike (José Pérez), a recovering drug addict and jazz saxophone player.

Assigned to the fourth precinct in the Harlem section of Manhattan, Torres and Williams genuinely cared about each other – and their tough-as-the-streets boss Lt. Virginia Cooper (Patti D’Arbanville) cared about them.

Each episode ended with performances by guest musical artists at Natalie’s jazz club where Eddie and JC hung out when they weren’t on duty.

In the May 1995 season finale, Sandra – pregnant with JC’s child – was murdered by a vengeful criminal on the day before she and JC were to be married. In the climactic scene, her murderer (played by rap star Ice-T) was shot by Eddie to keep him from stabbing a wounded JC to death.

JC suffered emotional problems dealing with his loss and took it out on the criminals he was arresting. He eventually killed the hood who had murdered Sandra when the hood’s plan to get even with him failed.

Detective Nina Moreno (Luna Lauren Velez) joined the precinct and became involved with Eddie and in the 1995-1996 season finale, Nina took a bullet meant for Eddie while trying to take down a drug dealer at a bank, and as the episode ended, was dying in the hospital with an emergency crew trying to save her life. She survived, temporarily paralysed from the waist down. 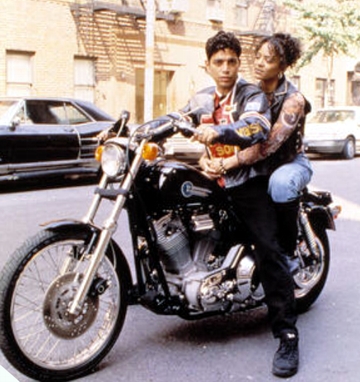 In 1996, detective Tommy McNamara (Jonathan LaPaglia) was transferred into the precinct, and Eddie and Nina had a rocky time after she recovered from the shooting. She was partnered with Tommy and almost resigned after freezing during a shootout.

Meanwhile, Eddie’s dad found out he had developed AIDS from his years as an addict, and he died from a heroin overdose in November.

Lt. Cooper (who was having marital problems) had an affair with Capt. O’Byrne (James McCaffrey) but ended it because of her family.

Unfortunately, when her husband found out, he filed for divorce.

The daughter Nina had given up for adoption when she was a teenager resurfaced in spring 1997 and Nina waged an unsuccessful custody fight to get her back from her late adoptive mother’s sister. In May, Eddie proposed to her, and in the season finale, they got married.

Their happiness was short-lived though as Eddie – who was about to change precincts – was killed by a car bomb set off by a vengeful lady bank robber whose lover had been mortally wounded by him during a failed heist.

When New York Undercover returned in 1998 there were many changes. JC and Moreno were recruited into a special undercover unit tracking Nadine Jordan, the bank robber who had killed Eddie and McNamara. 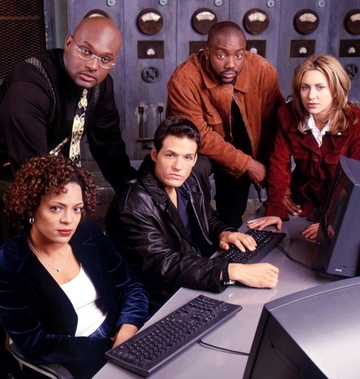 Lt. Barker (Thomas Mikal Ford) was their new boss, and detectives Nell DeLaney (Marisa Ryan) and Alec Stone (Josh Hopkins) were the other members of the team.

DeLaney was extremely cold-blooded, and Stone had problems dealing with his brother, Frankie (Justin Theroux), a Mafia soldier who abused his wife, Gina (Jennifer Esposito).

When they separated in June, she moved in with Stone, because she had no source of income, and they got physically involved.

Nina and JC finally caught Jordan in March and realised that they, too, were attracted to each other. The following week, while undercover in a local prison, Nina got into a fight with Jordan and killed her with her own knife.

New York Undercover was a strongly urban, ethnic drama and the two young cops were products of the inner city and great role models. But it felt like we’d seen it before: although the music was much hipper (there was lots of pulsating jazz and Hispanic and rap music), when you got down to it this was really a Starsky and Hutch for the 1990s.