Opportunity Knocks was first launched on BBC radio in 1949 when it gave a lift up the ladder of fame to (amongst others) Spike Milligan and Frankie Vaughan.

It then went to Radio Luxembourg for several years where those discovered included The Bachelors and singer David Whitfield.

On television between 1956 and 1977, it produced acts of the calibre of Bobby Crush, Bonnie Langford, Peters and Lee, the singing miners Millican and Nesbitt, comedians Cannon and Ball, Neil Reid and Lena Zavaroni.

It was the most successful talent-spotting show ever and at its peak was watched by 24 million viewers. Ten thousand acts were auditioned each year and of these 175 got their chance to appear on the box.

Out of the thousands of acts auditioned, only a handful really proved bearable – like Les Dawson, Freddie Starr (who had originally appeared on the show in the 1960s as Freddie Starr and The Delmonts), Frank Carson, Ken Goodwin, Little and Large (who appeared on the show early in 1971 and had previously worked as ‘Syd and Eddie’ without success), Freddie “Parrot Face” Davies and Mary Hopkin. 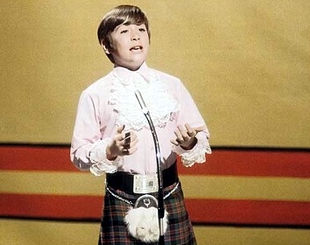 The show was primarily a showcase for the indefatigable Hughie Green, who meant everything “most sincerely, friends”.

One of the first contestants was buxom Gladys Brocklehurst, a Lancashire cotton mill girl who, while singing her number, used to grab husband Norman by the hair and slap him. When asked about her unusual act, mad Glad replied, “we do this for the fun of it”.

Su Pollard was beaten by a singing dog, and after winning at the age of six, Bonnie Langford was unable to appear for the second week as she had to appear in concert at her mother’s dancing school.

Barbara Castle’s cook and housekeeper, 63-year-old Mildred Bracey, combined playing the piano with a voice that would have frightened King Kong. She was known as ‘Bristol’s phenomenal lady tenor’.

“We wanna hear it for her”, said Hughie in his introduction. Fortunately, the public neither wanted to hear it or her again . . .

One act that didn’t pass the show’s auditions was a singer called Gerry Dorsey. He later changed his name and went on to bigger and better things as Engelbert Humperdinck . . . 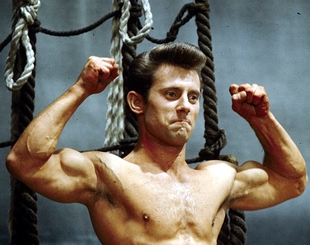 Whatever its faults, Opportunity Knocks was not a cruel show, and genuinely cared for the acts – a point illustrated by the story of James Conaghan, an Irishman who played the ivy leaf by placing it between his fingers and blowing it.

When he flew over for the show, his leaves shrivelled up under the studio lights rendering them musically useless.

He rushed off to a Manchester park but found that he couldn’t get a note out of English ivy leaves.

Not to be denied this feast of entertainment, Hughie Green arranged for a dozen Irish ivy leaves to be flown in specially from Dublin and James was able to enjoy his fleeting moment of fame.

The show was revived in the late 1980s with Bob Monkhouse and Les Dawson (himself an Opportunity Knocks winner) and the introduction of a telephone voting system. 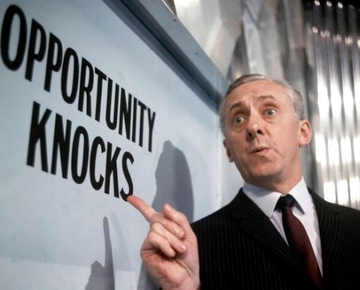 Following Hughie Green’s death from cancer, it was revealed (at his funeral, no less) that he was, in fact, the real father of Paula Yates. He had apparently had an affair with the wife of former Stars On Sunday presenter Jess Yates (who had always believed he was Paula’s father).