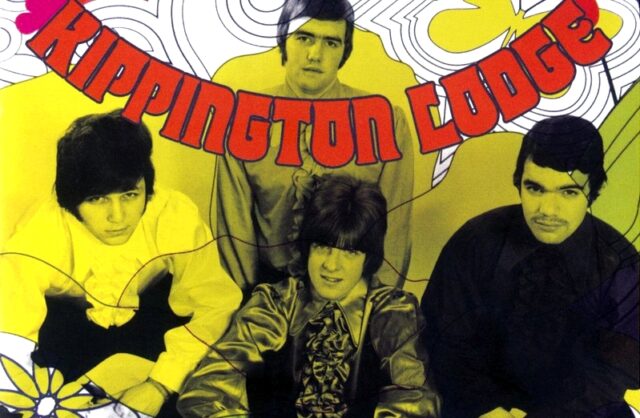 Kippington Lodge released five excellent singles on Parlophone Records between 1967 and 1969, yet they remain one of the least known English pop groups of the late sixties – despite boasting a line-up that included Nick Lowe, Brinsley Schwarz and Bob Andrews (a future member of Graham Parker & The Rumour).

The group evolved from Lowe’s first band, Sounds 4+1, which he formed with school pal, Brinsley.

After leaving school, Lowe, already used to a nomadic existence as his father was in the Royal Air Force, decided to go and see some more of the world, leaving Schwarz to return to his native Tunbridge Wells in Kent. Here Schwarz formed Three’s A Crowd who were signed to EMI in 1967.

Changing their name to Kippington Lodge they released their debut Shy Boy in October. Lowe returned to England and joined his friends in time for the second single, Rumours.

To supplement their lack of income from record sales, Kippington Lodge became Billie Davies’ backing group and released three further singles during 1968-69. The last single, a version of The Beatles’ In My Life, was released in April 1969.

In September the group replaced Pete Whale with American drummer Billy Rankin and the name Kippington Lodge was dropped in favour of that of their lead guitarist, and the band became Brinsley Schwarz.

London-born Mari MacMillan Ramsey Wilson grew up listening to everything from Stax and Motown to Judy Garland and Peggy Lee. At the age of 15, she travelled to America where she worked as a nanny for two years in Brooklyn...

In November 1965, Jefferson Airplane received a $20,000 advance from RCA Records - the largest advance ever paid to any rock band at that time. Their career went on to document the 1960s adventure from...

Danny and The Juniors (originally The Juvenairs) all attended John Bartram High School in Philadelphia and formed in 1955, practising their harmonies in a car initially, before graduating to street corners when they became more...

Throughout the 80s, the members of the Irish band Hothouse Flowers made their living busking on the streets of Dublin (Liam O'Maonlai and Fiachna O'Braonain performed on the streets as The Incomparable Benzini Brothers). But an appearance...

Sydney brothers Kieren and Brad Fitzpatrick were playing in a local punk band in 1979 when they placed an ad looking for a drummer on a noticeboard at the University of NSW. Joe Genua responded, and...

The Discharge album Hear Nothing See Nothing Say Nothing (1982) contained the fiercest music ever heard when it was first released. Formed in 1977, their brutal assault was oddly cleansing - their anger borne from the tough Stoke-on-Trent...