Canadian trio Klaatu are remembered for two things: being mistaken for The Beatles, and the song Calling Occupants Of Interplanetary Craft – a melodic, slow-moving and ludicrous piece of symphonic rock designed to make aliens take notice of Earth and its inhabitants.

As far as we know, they haven’t.

The debut Klaatu album – 3:47 EST (which was released as Klaatu in the US) – was released in 1976 on Capitol Records, who went to great lengths not to reveal the identity of the musicians on the record.

The album had a Beatlesque sound, particularly the song Sub-Rosa Subway, which, coupled with the lack of biographical details, inspired a rumour concocted by Providence Journal (Rhode Island) columnist Steve Smith in February 1977 that the album might be an anonymous project by the Beatles themselves.

The rumour turned into a global phenomenon with Beatles fans being fed “clues” by radio stations and print media alike though the NME famously published an article on the Beatles-as-Klaatu theory under the title “Deaf Idiot Journalist Starts Beatle Rumour.”

Capitol Records (who controlled the Beatles’ music in the USA), meanwhile, tried to make as much of the rumours as possible, by issuing ambiguously worded statements that failed to make the band’s identity entirely clear.

Another journalist eventually traced the band members’ names through copyright records and Klaatu suddenly became known as ‘the hoax band’.

The band’s second album, Hope, (1977), included orchestral contributions by the London Symphony Orchestra, but Rolling Stone branded Klaatu the “hype of 1977” and all remaining albums sold much less well.

Dee Long moved to the UK where he worked as the head programmer at Studio 5, a Macintosh-based computer room at AIR Studios in London. John Woloschuk became an accountant, while Terry Draper worked as a roofer in Toronto. 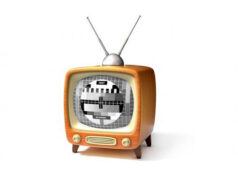 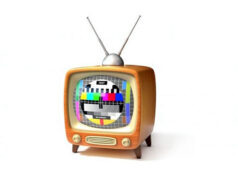 Tim, Andy and Jon Farriss formed The Farriss Brothers with school friends Michael Hutchence, Kirk Pengilly and Garry Beers in Australia in 1977. A...

In 1977, merely suggesting that the Queen was a moron (or a potential H Bomb) would get you banned from the charts. These days The...

Elvis Presley's second movie gives us a precious look at the King in his rock 'n' roll prime. He appeared in colour for the first...